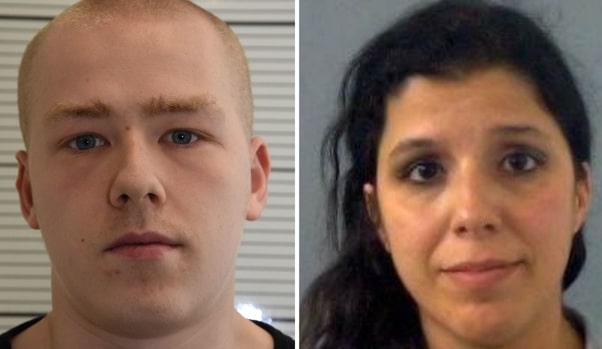 According to Yahoo News UK, a neo-Nazi couple who named their baby after Adolf Hitler have been convicted of being part of a terrorist group.

22-year-old Adam Thomas and 38-year-old Claudia Patatas were found guilty of being members of the extreme right-wing organisation National Action, which was banned in 2016.

The jury at Birmingham Crown Court was told the couple, from Waltham Gardens, Banbury, Oxfordshire, had given their child the middle name “Adolf”, which self-confessed racist Thomas said in evidence was in “admiration” of Hitler.

Photographs recovered from their home showed Thomas cradling his newborn son while wearing the hooded white robes of a Ku Klux Klansman. 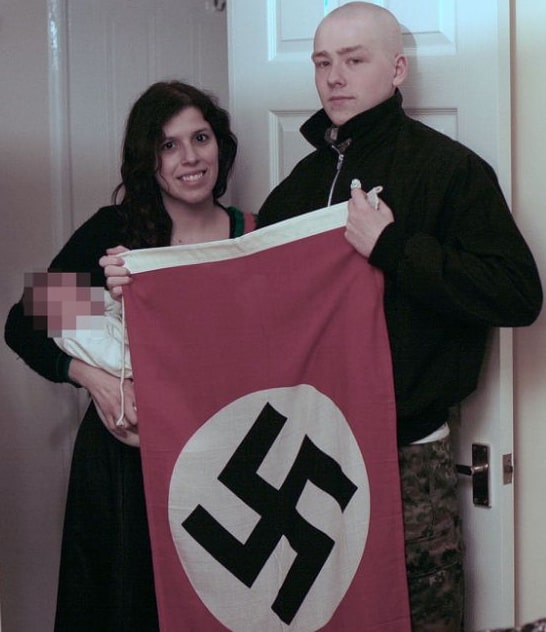 Former Amazon security guard Thomas and Patatas, a photographer originally from Portugal, were found guilty after a seven-week trial at Birmingham Crown Court.

Jurors were told Bogunovic already had a conviction from earlier this year for stirring up racial hatred after being part of a group that plastered Aston University, in Birmingham, with the group’s offensive stickers.

Thomas, a twice-failed Army applicant, was also convicted of having a terrorist manual, namely the Anarchist’s Cookbook, which contained instructions on making “viable” bombs.

The Crown’s case was that after being banned by the government in December 2016, National Action simply “shed one skin for another” and “rebranded”.

Thomas, Patatas and Bogunovic will be sentenced on December 14.