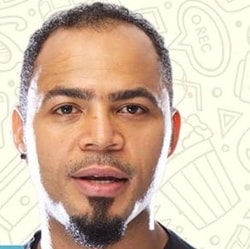 The thespian over the weekend said the Nigerian movie industry has failed to capture issues of herdsmen attack and recent happenings in Nigeria due to lack of structure.

The popular actor speaking during an interview on Channels Television’s programme, Rubbin Minds, said Nollywood in recent time lacked depth compared to the past.

According to him, actors were more interested in portraying ‘posh’ things, appearing on red carpets with perfect pictures rather than concentrating on pressing issues in the country.

“There is a lot of dynamics going on in the industry tending towards not finding bearing and lack of structure.

“Back in the days, a whole of filmmakers of our kind were passionate about arts and gave it all today it is more like on the surface, people more conscious about their looks rather than acts.

“There was more depth in the past than now, every movie productions now are more about eye candy rather than depth of the performance and outlook.

“Everyone wants to shoot about posh things, cars and not filming issues about herdsmen attack, killings, villagers and political issues happening in the country

“It is not actors fault, it is what the market demand and everyone is thinking about the quick way to wealth so they jump into it.”