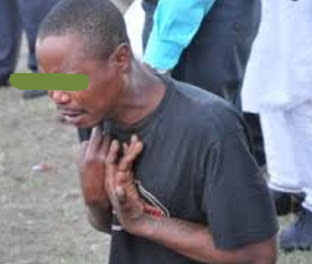 Justice Enebeli in his judgement ruled that from all the evidence before court, he was convinced that the accused, John Ofoegbu, committed the crime.
The judge condemned the accused for exploiting the relationship between him and the daughter to sexually abuse her.

The judge sentenced the randy father to two years imprisonment despite having spent five years in prison awaiting trial.

The nine year old daughter had told the Court that her father had sexually abused her thrice. Twice in his bedroom and once in a hotel in Trans-Amadi in Port Harcourt.

However, John Ofoegbu denied committing the crime alleging that some people are taking advantage of a quarrel between him and his wife to frame him.

The state prosecuting counsel, Cordelia Eke, said the judgement will serve as deterrent to other randy fathers and men who derive pleasures from abusing innocent girls, worse still their daughters.