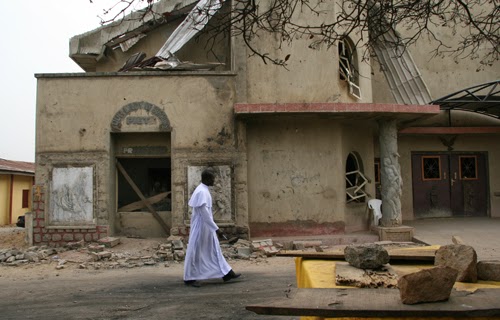 A source also had it that a yet to be identified pastor with the Redeemed Christian Church of God (RCCG) was abducted at the same spot and time, while on his way to Okene.

A Chemistry lecturer with the Kogi State College of Education (Technical) Kabba, Mr. Aronimu Samuel Babatunde was also said to have been kidnapped along the Okene-Kabba road.

According to Bishop Peter Adinoyi, the Diocesan Chancellor of Lokoja Diocese, the abductors emerged from the bushes near Irepeni village, close to a mounted roadblock, dragged down Fr. Micheal and one other person, believed to be a pastor with the RCCG and dashed back into the bush, leaving the two vehicles parked along the road.

The Bishop stated that the abductors have established contact with some members of the Church, adding that they have brought down the ransom from N50M to N8m, and threatening they ‘await the worst’ if their demand is not met before 1pm Thursday.

He noted that the DSS and the Army have swung into action to track down the perpetrators.

He lamented that abduction is mostly targeted at the poor, stressing that by now the insecurity of lives and property should have improved but is rather getting worse by the day.

He called on the government to quickly address the ugly situation.

He however said that he was unaware of the kidnap of the two others.