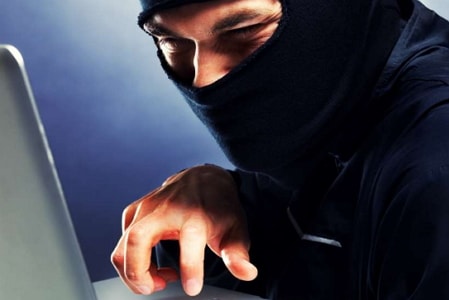 The Police have arrested one, Oscar Eze, a cyber-crime suspect in Abuja.

Lakanu who was represented by the Spokesman of Zone 7, DSP Istifanus said that the suspect specialises in luring his victims through the Internet to hotels.
He also said the suspect usually drug and rape his victims who are mostly women.

On how he was arrested, he said:

“As a bait, a friend request was sent to the suspect which he accepted and in his usual manner, invited the new friend to one of the hotels in Jabi district of Abuja.”

He also said the suspect attempted to steal the hand bag of his victim which contained some money, an iPhone, ATM card, and school card.

Lakanu said that the suspect confessed to the crime and gave a clear picture of his modus operandi.
He said:

“The suspect drugs his victims who are mostly women and eventually rape them and in some cases, he also dispossesses them of their valuables.”

The police boss said the suspect would soon be arraigned in court while efforts are ongoing to arrest other fleeing suspects.

He also appealed to the general public, especially parents to educate their female wards to be wary of cyber-crime fraudsters using dating sites.

Continue Reading
You may also like...
Related Topics:abuja, fraudster, internet