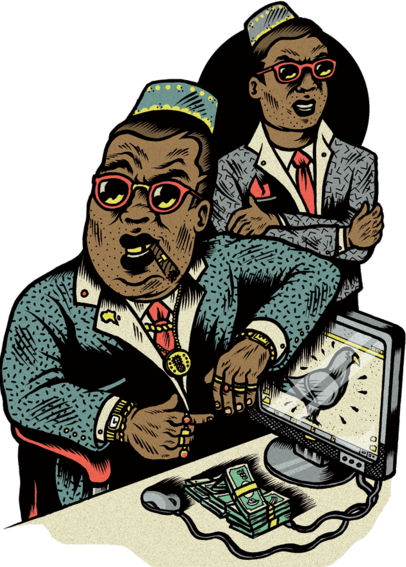 A 42-year-old man was on Wednesday arraigned by the police before an Igbosere Magistrate’s Court in Lagos, for allegedly defrauding two Britons of 3.1million British pounds (N927, 439,245).

The suspect, a Lagos-based businessman, is facing a three-count charge of conspiracy, obtaining money under false pretence, stealing and fraudulent conversion, preferred against him by the Special Fraud Unit, Ikoyi.

The prosecutor, Inspector Idowu Osungbure, told the court that the defendant conspired with others at large and deceived the Britons that they would invest the £3.1million in a property development business in Nigeria.

He alleged that the defendant converted the money to his own use.

The offences, the prosecutor said, contravene and are punishable under Sections 409, 285 and 312(1) (3) of the Criminal Law of Lagos State 2011.
If convicted on the charges, the defendant faces a maximum of 14 years in prison.

However, the suspect denied all the charges.

The defendant’s counsel, Adesegun Talabi, argued for bail on liberal terms because the prosecutor did not provide any proof of evidence for the alleged offences.

He claimed that the prosecutor had not seen nor heard from the Britons and that the defendant was arraigned based on just one petition written by a lawyer.

The Magistrate, Mr. A. Sonuga, granted the defendant bail in the sum of N5million and two sureties in like sum.

Continue Reading
You may also like...
Related Topics:briton, Duped, nigerian