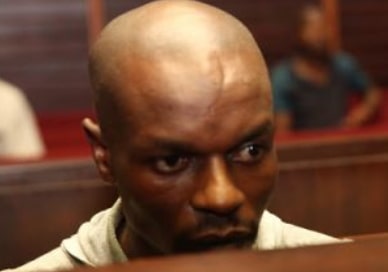 A 34-year-old herbalist named Olaifa Ajayi, who police accused of allegedly swindling one Olufemi Olusoga, of N4.5million to offer special prayer for“ restoration of glory”, on Monday appeared in a Tinubu Chief Magistrates’ Court.

The resident of Abiola Estate, Jakande Lagos is charged with three counts of conspiracy, fraud and theft.
The prosecutor, Sgt. Hafsat Ajibode told the court that the accused committed the offence on Oct. 31, at 11 a.m. at No. 50 Ogombo Road, Sangotedo Lagos.

She said that after collecting the money, the accused and his accomplice absconded and stopped picking the complainant’s calls.
Ajibode said that the accused was later apprehended in Osogbo, Osun.
The offence, she said, contravened the provisions of Sections 287, 314 and 411 of the Criminal Law of Lagos State, 2015.
The News Agency of Nigeria (NAN) reports that if convicted, he liable to three years imprisonment.
The accused, however pleaded not guilty to the offence.
The Chief Magistrate, Mr Tajudeen Elias, admitted the accused to bail in the sum of N500,000 with two sureties in like sum.
Elias ordered that one of the sureties must be a relation of the accused and the other a community leader.
He adjourned further hearing in the case until December 20.

Ejike Mbaka: Assassination Attempt On My Life Not Planned By Catholic Church
Brother Of Policeman Posted To Borno Commits Suicide At Ikeja Lagos Police Barracks Because Of Hardship