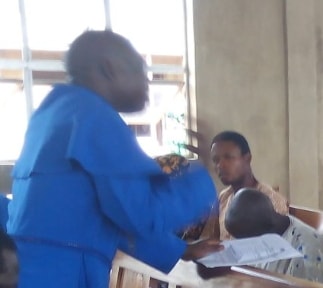 The Methodist Church Presbyter of Aagba Circuit, Very Rev. Kayode Akande and two other members from Osogbo Diocese of the church regained their freedom yesterday.

Akande and the two others simply identified as Mr. Bankole and Mr. Omodunbi were kidnapped on Sunday at about 7pm at Telemu along Iwo-Osogbo Road in Osun State by suspected herdsmen. They were returning from a church programme in Ile-Ogbo, the headquarters of Irewole local government of Osun State.

It was not clear whether ransom was paid before they were released.

The three men were yesterday released to the Bishop of Osogbo Diocese, Rt. Revd. Amos Ogunrinde.

On Monday, the kidnappers were said to have demanded N20 million ransom from Akande’s wife to pave the way for his release.