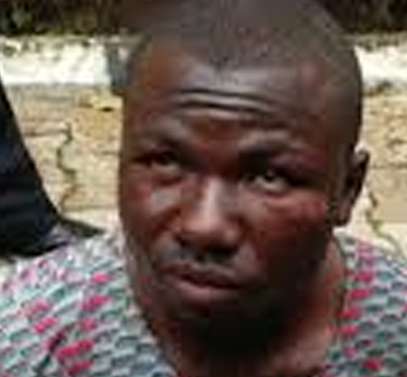 A man, Kabiru Saka, was yesterday arraigned before an Ikeja Magistrates’ Court for allegedly touching a married woman’s breasts.

Saka, 25, who lives at Alagbado in Lagos State is facing a three-count charge of assault, indecent act and stealing before Magistrate A.K Dosunmi.

Wasiu said that day, the accused had begged the complainant to give him a carton of canned drinks which accidentally fell off a motorcycle when she was conveying them to her shop.

He said Saka told Mrs Ijiogbe that he wanted to use the canned drinks bike as sacrifice to the gods.

Mrs Ijiogbe, he said, declined his request; put the drinks back inside the carton and gave the carton to her husband.

The accused, the prosecutor said, then started touching Mrs Ijiogbe’s breasts and her husband asked him to stop.

The accused, he said, refused and hit Mr Ijiogbe with a weapon, causing him grievous harm.

According to the prosecutor, the complainant’s phone valued at N35, 000 was stolen in the process.

Magistrate Dosunmi granted him N100, 000 bail with two sureties in the like sum.

She adjourned till July 23.