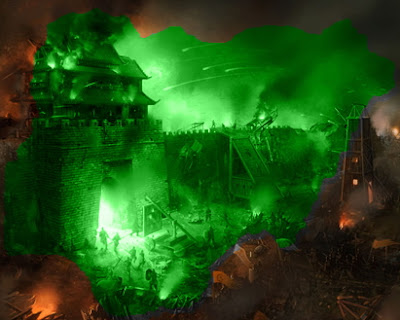 August 21, 2013 –“Revolution Is The Only Solution To Problems Facing Nigeria” – Activist Urged Nigerian Youths To Wake Up

It is a cliché to say that Africa is endowed with enormous natural resources with enviable human capital availability,but it is still true. Without a shadow of doubt, the future looks bright and colourful. Our dream of becoming the continent that all would envy can be fully realized if it’s demographic advantage “large population”of  the youth are mobilized,empowered and integrated into the day to day running of government. We should be part of the stakeholders and not be treated as aliens. For sure, we are the trustees of posterity. According to a recent report, about 65% of the total population of Africa are below the age of 35years, and over 35% are between the ages of 15 and 35 years. Further survey shows that by 2020, out of 4 poeple 3 will be on average of 20 years old. It thus makes Africa the most youthful continent.The sad part of it is that morethan half of the population of African youth survive on less than $2 per day. This is a poverty threshold by international standard.

A large number of them are jobless, while some are not gainfully employed. Ironically, many are living the life that is not worth the weight of the word “life” itself. Because of this, they indulge in crimes and other social vices that are inimical to economic growth. Here in Nigeria, the situation is even worse. More than 40 million Nigerians are without job. We the youth of this great nation that prides herself as the giant of Africa doesn’t even know what tomorrow holds for us. To escape from the claws of poverty and hardship many of our brothers have met their untimely death on their way to Europe in search for greener pasture that no longer exist. Our leaders are not living up to expectation. We are in a country where “chop i chop” has become a norm for every public office holder, where corruption has beclouded godliness and where justice is reserved for the highest bidder. The disparity between the rich and the poor is unconcealed. Corruption in Nigeria is like a gully erosion that destroys the soil, thereby making it uncultivable. Unemployment is our greatest challenge, and the measures aimed at tackling it are mere cosmetic approach like the so called YouWin and Sure-P that we are not sure of.

These are programmes designed to favour a select few. The major panacea to curbing the malaise of unemployment is the direct creation of jobs through the establishment of industries and revamping the ailing ones.

Mr President is now a preacher of national unity. he seems optimistic that our dear country will not disintegrate in 2015. He is oblivious of the fact that we are dancing on the brink and that there is a ticking time bomb”youth unemployment”waiting to explode. Unemployment is a tickish and serious matter that shouldn’t be handled with kid gloves. In 2012, many young people took to the streets to protest against joblessness in Senegal, and to the voting station to press for a change of government. Their vote which was their weapon of change worked for them.

According to the proverbial saying, “The voice of the poeple is the voice of God.” Former president Abdoulaye Wade, an old man of 86 years, who succeeded in uttering the country’s constitution to favour his third term ambition just like what former President Olusegun Obasanjo wanted to do was defeated. The key lesson from Senegal’s election violence is that youth unemployment can fuel the fire of political violence and civil unrest which may pave way for the dreaded revolution which many of us are afraid to talk about.

The time has come for the Nigerian youth to creep out from their shell of ignorance,those that are still sleeping should be asked to wake up from their slumber and let us face the reality.You cannot make an omelette without breaking eggs.

Time is the wisest counsellor of all and that time is now. For how long should we sit and watch our future been decided and controlled by these corrupt and heartless pot-bellied politicians whose elderly raskality is becoming a show of shame everyday.We have been marginalized and disadvantaged by these gerontocrats to the extent that PDP that claims to be the role model party selected a geriatric, someone who suppose to be a grand father to be the national youth leader. We have sat for so long at the river of babylon. How do we sing our song of  success as youth in a failed generation. We can no longer mortgage our future with these crop of politicans whose stock in trade is to loot the treasury of the state. The Yerimas in the National Assembly, the kill-joy of our tomorrow leaders are all enemies of democracy.A stitch in time saves nine. 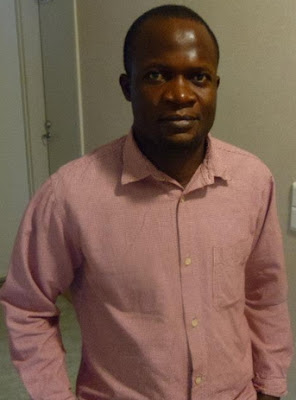 About the author:  Uchechukwu Caleb Obi, a social critic based in Europe