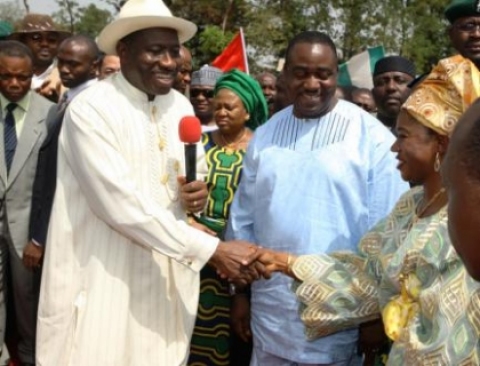 August 21, 2013 – ASUU Must Call Off Strike Over N130 Billion FG Proposal “This Strike In Nigeria Will Soon Be Suspended” – Benue Governor

Days after President Jonathan approved N400 Billion injection into the Nigerian Universities, the offer has been lowered to 130 Billion, a move that caused ASUU officials to reject the proposal again for the second time.

According to Benue State Governor Gabriel Suswam who is the Chairman of the Universities Needs Implementation Committee, ASUU should call off its strike based on the N30 billion earned allowances offer and another N100 billion promised injection into the infrastructures in the 61 public universities.- He said this to State House correspondents on Tuesday August 20, 2013.

Nigeria’s Federal Government on Tuesday asked the Academic Staff Union of Universities, ASUU to reconsider its rejection of the N130 billion deal it offered it yesterday to call off the national strike that has grounded activities in public in universities across the country for over a month now.

Negotiation between the Federal Government team, led by Governor Gabriel Suswam of Benue State and the University lecturers broke down yesterday after government insisted on the offer of N30 billion for the earned allowances.

The Government had insisted that it was the responsibility of the Governing Council of the Universities to pay the earned allowances.

The offer however was a far cry from the N87 billion the teachers are asking as the cumulated earned allowances of staff based on the agreements reached with the Federal Government in 2009 and ASUU wasted no time in rejecting the offer.

The Governor added that the federal government will meet the universities’ councils and vice chancellors later in the week to brief them on government decisions and to also certify those that are really entitled to be paid from the N30 billion to be released for the earned allowances.

When Will ASUU Call Off Strike In Nigeria

This negotiation seems to be going no where.

So when willl ASUU call off strike?

Most Nigerian university students are tired of staying at home.

Continue Reading
You may also like...
Related Topics:asuu reject fg proposal, asuu strike suspended, asuu to meet with federal government, latest news on asuu fg meeting, when is asuu going to suspend strike, when will asuu call off strike