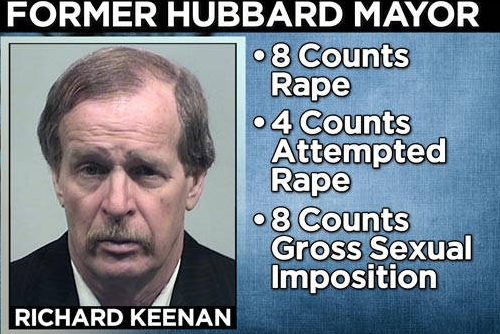 A US-politician, mayor of Hubbard county in Ohio between 2010 & 2011 has alleged confessed to family members and a social worker that he is a pedophile.

Richard Keenan who claimed to have dedicated his life to Christ reportedly raped a 4-year-old girl and blamed her for seducing him.

He told a social worker that the girl initiated sex on several occasion and he fell for it.

Keenan who is due back in court in April has checked himself into a psychiatric clinic.