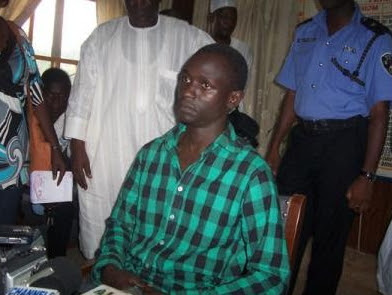 The police in Jigawa on Wednesday said it had arrested a 30-year old man, Haruna Barde, for allegedly killing a 70-year old woman and her son in Jahun Local Government Area of the state.

The Police Public Relations Officer (PRRO), Alhaji Jinjiri Abdu, confirmed the arrest in Dutse, saying that the incident occurred on Sept. 13 at about 10.30 p.m. in Nahuce village of Harbo town in Jahun Local Government Area.

Abdu said that the victims were 70-year old Zainab Abubakar and her 50-year old son, Hassan Abubakar.
He said, “yes, on Sept. 13, we received a report around 10.30 p.m. that one Haruna Barde of Nahuce, Harbo town in Jahun, allegedly attacked one Zainab Abubakar with machete.

“The 30-year-old Barde also attacked the woman’s son, Hassan Abubakar, who tried to save her.
“Upon reception of the report, our men immediately arrived at the scene, rescued and took the victims to hospital and arrested the suspect.

“However, the woman and her son both died minutes later due to injuries they sustained.”
The police spokesman said corpses of the deceased had since been handed over to their family for burial.

He said investigation into the case had commenced, noting that “it is only after investigation that we will know the reason for the attack.”