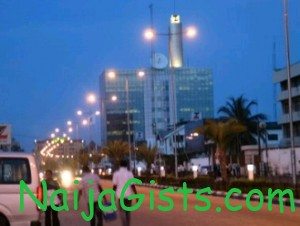 Towards the end of last year, Sokoto State remained the poorest state in the country, with 81.2 per cent poverty rate, the records of the National Bureau of Statistics have shown.

Others with less than 50 per cent poverty rate were Bayelsa State, 47 per cent and Lagos State, 48.6 per cent.

The average poverty rate of the states in the North -West geopolitical zone remained the highest at 71.4 per cent followed by North-East 69.1 per cent and North Central, 60.7 per cent.

The record showed that poverty was least prevalent in the South-West, with an average of 49.8 per cent, followed by South-South, 55.5 per cent and South-East, 59.5 per cent.

According to NBS, national unemployment rate stood at 23.9 per cent at the beginning of 2012.

There were no figures for 2011 but the 2012 statistics represented an improvement in the figures released by the bureau for 2010.

The Statistician-General of the NBS, Dr. Yemi Kale, had said 112.519 million Nigerians, representing 69 per cent, lived in relative poverty conditions.

He said this when he released the country’s 2010 poverty profile.

According to the NBS boss, the agency arrived at the 2010 figure, by collecting data from 20 million households having an average of four family members.

In that report, Sokoto had the highest poverty rate of 86.4 per cent, while Niger had the lowest — at 43.6 per cent.

It would be recalled that as at 2004, Jigawa State had the highest poverty rate of 95 per cent, while Anambra, had the lowest- 22 per cent.

For unemployment rate, Zamfara State had the highest rate of 42.6 per cent, followed by Bauchi, 41.4 per cent.

According to the records, unemployment was least in Osun followed by Kwara and Lagos.