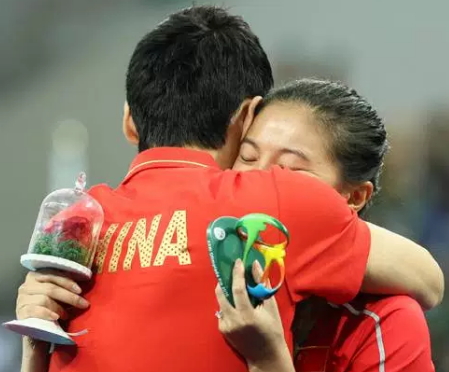 On Sunday, a 30-year-old male diver, Qin Kai proposed to 25-year-old He Zi, a fellow diver who happened to be his girlfriend of just 6 years.

Zi was about getting a silver medal for the women’s 3-meter springboard when her boyfriend showed off and popped the question of a lifetime to her.

She said yes and the rest is history. See viral photos of the newly engaged couple below 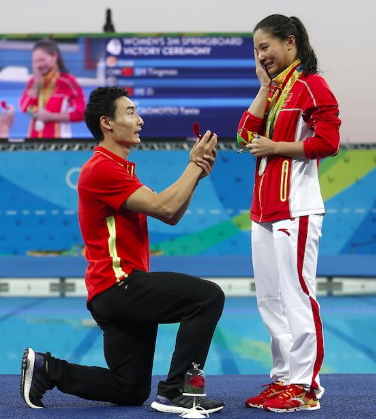 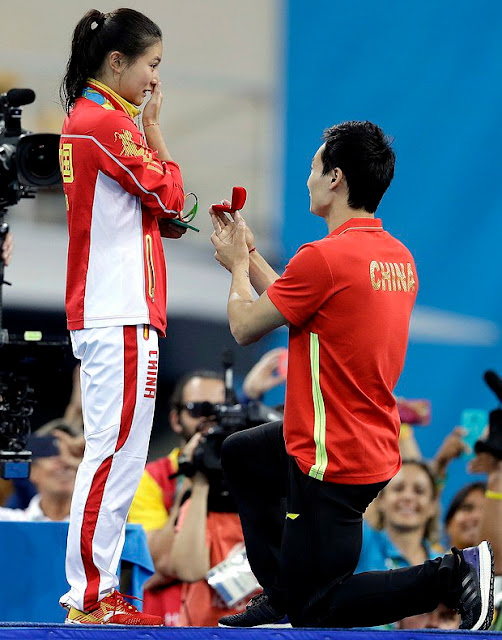 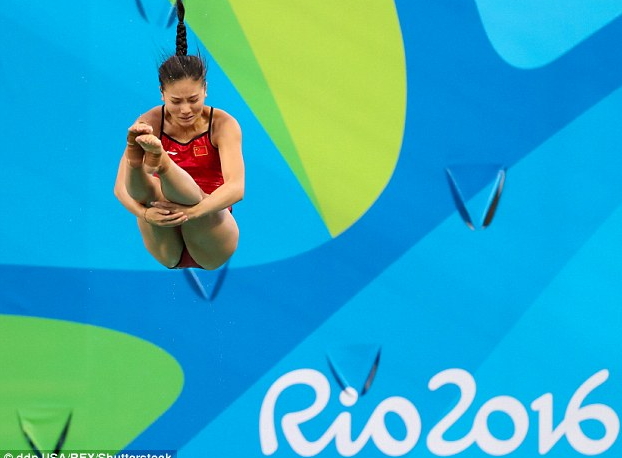 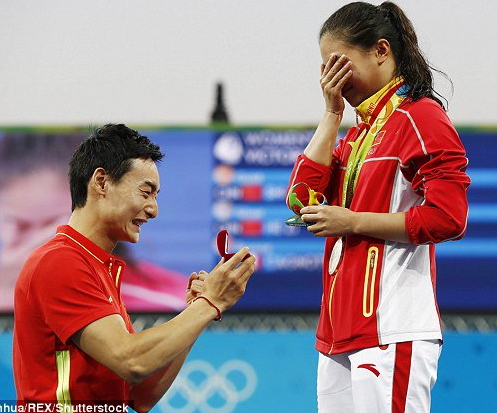 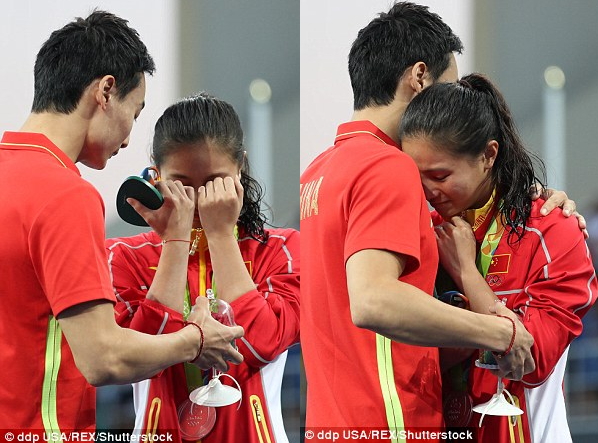 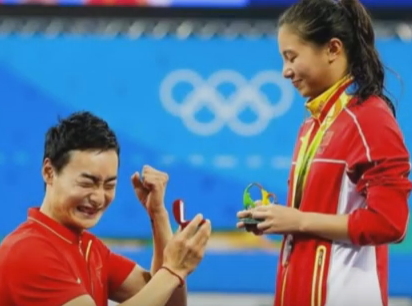