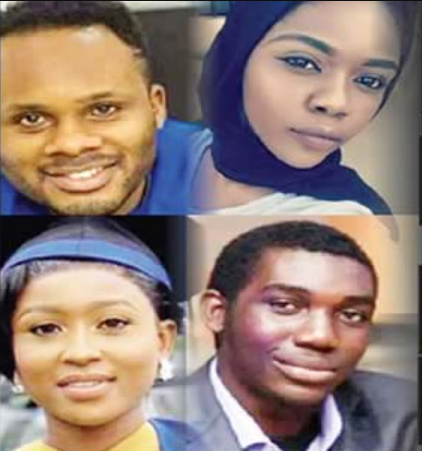 Recently, cases of suicide have been on the increase in Nigeria. Suicide as seen by the World Health Organization (WHO) is the act of deliberately killing oneself. Although it is a taboo in every religion and culture to take one’s life, many have considered it as a way out of their predicament.

Every year, close to 800,000 people takes their own lives aside many more people who attempt suicide. Every suicide is a tragedy that affects families, communities and the entire country and has long-lasting effects on the people left behind.

Suicide occurs in most age brackets though it is the second leading cause of death among 15–29-year-olds globally as advanced by WHO.

Suicide does not only occur in developed countries, but is a global phenomenon in all regions of the world. In fact, statistics have shown that over 79% of global suicides occur in low and middle-income countries like Nigeria.

Recently, Nigeria has been recording disturbingly high cases of suicide across all the states, not reckoning many more that may have been kept away from the media for reasons of stigma and taboo.

A popular Lagos-based disc jockey killed himself after leaving a note on his Instagram. The sad story of a 300 level student of Ahmadu Bello University, Zaria, Kaduna State, who took her own life in her hostel after also leaving behind a suicide note which seemed to suggest she led a troubled life, is now common knowledge; a senior lecturer with the Biological Sciences Department of the Federal University of Agriculture, Makurdi, recently bit the dust because of marriage issues as contained in his suicide note. Within the same period, a soldier in the Nigerian Army, a staff sergeant attached to 192 Battalion in Gwoza, allegedly committed suicide in Borno State though without any accompanying note.

Still in this morbid season, after consuming two bottles of a poisonous insecticide, a 100 Level female student of University of Port Harcourt, identified as Hikmat Gbadamosi was again found lifeless in her room. It was with the similar poison that Adewara Damilola Blessing of Ogun State Institute of Technology, Igbesa took her own life too. Sadly, after being dumped by girl friend, a 27-year-old Pendro from Bayelsa State allegedly hung self. Other ones are; a University of Ibadan Lecturer, a newspaper vendor in Delta, one Chika Alex from Anambra State among others. The cases in recent times are too numerous to be recounted here.

Several reasons are responsible for suicide, such as; depression, psychological thoughts, impulsivity, a cry for help, terminal illness, mistakes, disappointment and many others resulting from its types which are egoistic, altruistic, anomic and fatalistic suicides. All indications shows that the suicide cases seen in Nigeria are anomic and altruistic which often results from depression and hopelessness.

Suicide is a serious public health problem. The victims often thought suicide is the final solution to their problem. This is why all hands must be on deck, especially government in curbing this menace. Sensitization and public awareness are key.

Suicides are preventable with timely, evidence-based and often low-cost interventions. For national responses to be effective, a comprehensive multi-sectoral suicide prevention strategy is needed. Suicide can be prevented through concerted efforts of the government at federal, state and local levels as well as public health services, healthcare centers, school communities, the media, the community, including the religious organizations. Healthcare service needs to incorporate suicide prevention as a core component.

Mental disorder and harmful use of alcohol and other substances contribute to scores of suicides around the globe. However, deterrent measures must be put in place. Consequently, a survey of the most recent cases in Nigeria shows that a poisonous insecticide called Snipper is the leading means of suicide.

It is advisable that this insecticide be ban completely since people have found a sinister use for it other than what it is meant for.

In addition, the rate of suicide cases emanating from schools is high. Therefore, education ministry must as a matter of urgency, put in place an early warning system of sort to identify and help depressed students.

The Killer Herdsmen In Kamuku Forest
Nigeria Deserves Real Next Level, Not Just As Slogan