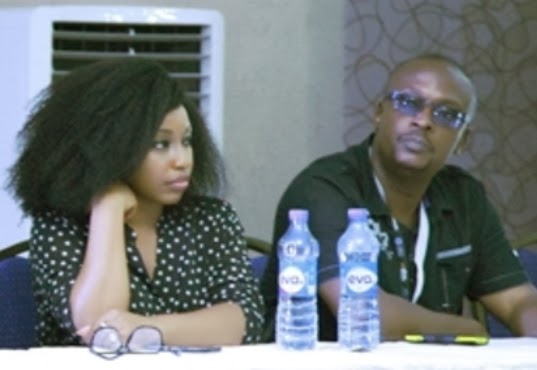 Nigerian actress Rita Dominic has taken a swipe at Nollywood movie producer Charles Novia who insulted her few days ago.

This is coming after Charles Novia named his 5 best actress in Nollywood.

Charles placed Rita Dominic at the 5th position. He also insulted her for her role in Finding Mercy Nollywood movie.

“I also watched her in another recently released movie, ‘Finding Mercy’ but felt that she gave a listless and lukewarm performance in that flick…” – Charles said in a tweet.

After winning an award for Best Supporting actress at the recently concluded Best of Nollywood awards, Rita took to Twitter to fire back at Charles.

Rita simply replied, Check that Charles has not drowned himself following a tweet by @Nollywoodtweets intimating the entire social media of her emergence as the Best Supporting Actress for her role in Desmond Elliot’s Finding Mercy.

“Dear Rita dominic, I am still alive and won’t die for a looong time. My opinion of your role in ‘Finding Mercy’ still persists. congrats”

This Charles Novia sabi wahala. He too dey cause trouble.