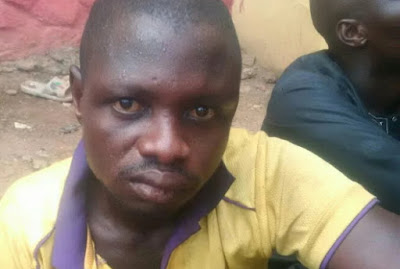 Nov 13, 2017 – Ritualist Who Murdered Puff Puff Seller In Ogun State Confesses ” I Sold Her Parts To Herbalists For N8500″

One Yewunu Tanlaju, a ritual killer arrested in Ogun state has confessed to the murder of an innocent girl ,17-year-old Taye Gusinu after he lured her to an isolated place in Idosemo Ipokia LGA of the state last week Thursday.

The 35-year-old suspected ritualist who was paraded alongside his accomplices, Olusoji Asamo and Suru Joyi today narrated how he murdered the puff puff hawker after tying her with a rope. 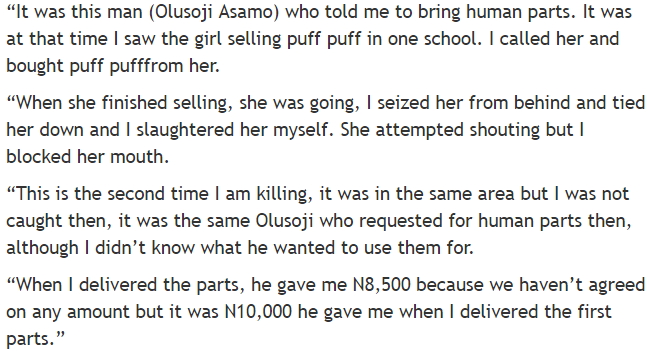 Here is what Jimoh Gusinu, the father of the deceased, who was visibly angry told journalists in Abeokuta today while demanding justice: