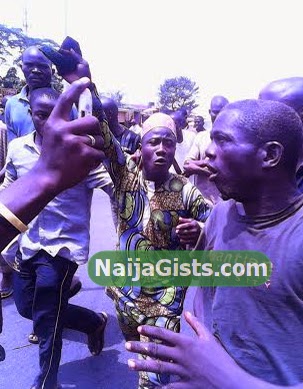 Days after the discovery of an evil forest called Soka in Oluyole LGA of Ibadan, the people of the capital city of Oyo State have declared war on ritualism.

On Wednesday the 26th of March, 2014, over 3 suspected ritual killers were caught in different part of the city.

Another one was also caught at Awolowo junction very close to a bank with fully loaded gun. 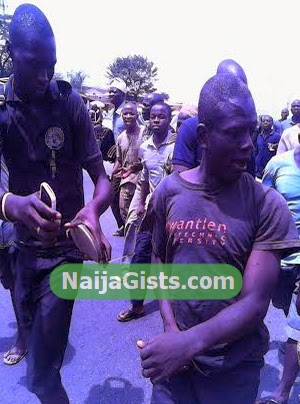 The last suspect pictured above allegedly kidnapped a child at the Bodija market. He was beaten mercilessly by an angry mob.