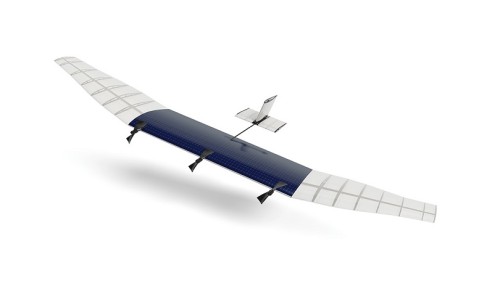 The Facebook founder, Mark Zuckerberg, is putting together a lab where a team of Facebook engineers will build flying drones, satellites, and infrared lasers capable of beaming internet connections to people.

Mr. Zuckerberg on Thursday revealed the project to be known as the Facebook Connectivity Lab.

According to Mr. Zuckerberg, the lab’s engineering staff already spans “many of the world’s leading experts in aerospace and communications technology,” including researchers from NASA’s Jet Propulsion Lab, NASA’s Ames Research Center, and the National Optical Astronomy Observatory.

All this may seem like a stretch for a social networking company. But it’s a necessary part of Mr. Zuckerberg’s efforts to bring the internet to the vast parts of the world that still don’t have it, an effort known as Internet.org. This appears to make sense for a company whose continued expansion depends on the continued expansion of the internet.

Facebook’s flying-internet efforts mirror a similar project that’s underway at Google. Known as Project Loon, it seeks to provide internet access to the hinterlands through high-altitude balloons. Like Facebook, Google stands to benefit in big ways if the internet expands. The original services built by these two web giants are now used by enormous swaths of the online population, and eventually, the companies must push into an entirely new audience. As public companies, they’re under enormous pressure to continue the growth of their businesses — in perpetuity. In addition to Loon, Google is looking to expand the reach of high-speed internet landlines through a service called Google Fiber.

According to a post on Internet.org, the new Facebook lab is exploring the possibility of using solar-powered high-altitude planes to provide internet access in suburban areas. These could “stay aloft for months, be quickly deployed and deliver reliable internet connections,” the site says. Then, for more remote areas, the lab is looking towards low-orbiting satellites. In both cases, it aims to beam internet access to the people using what’s called free-space optical communication, or FSO. Basically, this is a way of transmitting data through infrared lasers.

Facebook’s announcement came two days after the company acquired a startup called Oculus, saying it would use the startup’s gaming headset as a way of moving its social network into the world of virtual reality. Compared to that, the Connectivity Lab is a rather straightforward business move. On Tuesday, while discussing the Oculus buy, Mr. Zuckerberg painted both projects as platforms that represent not the near future of Facebook, but the distant future.