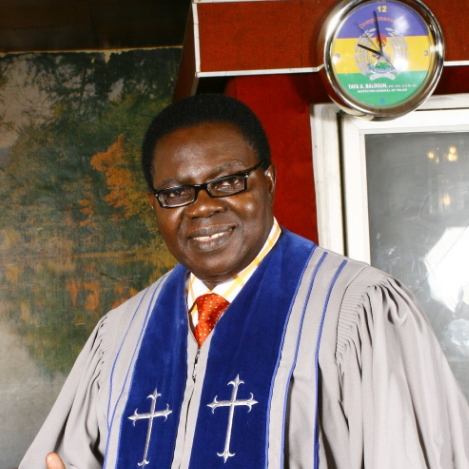 Its no longer news that Evangelist (Prof.) Ebenezer Obey-Fabiyi (MFR) will be 75 on Monday 3rd April 2017. And he plans to celebrate it big.

Activities marking his birthday will start this week Thursday 23rd March, a week before his birthday date, at Idogo, where he grew up.

The birthday programme will commence on Thurs. March 23, 2017 with the official commissioning of the new Idogo Police Post built by Evangelist Prof. Ebenezer Obey Fabiyi (MFR). Idogo town means a lot to him.

That is the place of his birth. That is where he grew up. So the commissioning is one of his giving back intervention projects to the Idogo community in Yewa South Local Government area of Ogun State.

That date also marks the post humous birthday of his wife, Evangelist Juliana Olaide Obey-Fabiyi who passed on to higher glory in 2011.

Evangelist (Prof) Ebenezer Obey-Fabiyi (MFR) was in Idogo town, Yewa South Local Government area a few weeks back to inspect the state of readiness of the new Idogo Police Post, a Community Give Back Intervention Project he embarked on. It will be officially commissioned that Thursday 23rd March 2017.

The Commissioning will kick-start the commencement of activities lined up for his 75th birthday.

The Police Commissioner in Ogun State is to commission the Police post. Also the Idogo Progressive Union will make Ebenezer Obey and Kabiyeesi Oba Saheed Olubiyi, the Onidogo of Idogo, patrons of the club.

A major highlight of the Idogo event is the fact that the children of late Senator S.O.S. Sogbein, the former Minister of Works and Transport in the old Western region, will be around for the ceremony. Their late father constructed the popular Yewa bridge as a former Minister. What many don’t know is that the father of Senator Sogbein and Obeys father are brothers.

They both left Abeokuta for Idogo, years back (over 75 years ago) before Ebenezer was born. The father of the Minister was a Carpenter. He it was who taught Obeys father Carpentry. Capentry runs through Obeys family as many of them took up the trade years back. 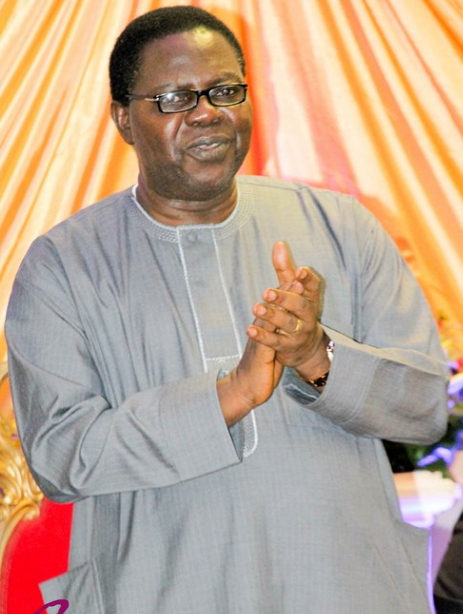 One of the Senators daughter, Hon. Yetunde Sogbein-Adekanbi is a lawmaker at the Ogun State House of Assembly. So it will be a happy reunion. All the Sogbein children will see all the good work their father did in his lifetime.

It is now certain that Evangelist Ebenezer Obey’s birthday reception will be in Abeokuta. Already, two worthy sons of Egba, Ogun governor, Senator Ibikunle Amosun and former President, Chief Olusegun Obasanjo will be playing key roles at the grand event. All the South West governors have been invited. Many more prominent Nigerians will be storming Abeokuta for the event.

The Invitation Cards are out already. Special letters have also been sent out to 250 VVIPs. The IV which is now in hot demand was done in Gold and Purple. It is a 4 page IV. The envelope is in Gold with a Purple foil print. A life size photo of the celebrant is on Page 2.

City People can confirm that his birthday reception programme which will also incorporate the official fund-raising for the long overdue Ebenezer Obey Music Foundation will take place at Abeokuta, his town of origin.

We reliably gathered that the Reception will be preceded by a Church Service.

His actual birthday is on 3rd April 2017. On that day, a 3-in-1 programme has been lined up to take place. They are as follows: Interdenominational Church Service, Reception and Official Launching of Ebenezer Obey Music Foundation, all at the same Obasanjo Presidential Library venue.

The Interdenominational Church Serive will hold at Chapel of Christ The Glorious King (CCGK) inside Obasanjo Presidential Library, Abeokuta at 10am.

Chief Host is Governor Ibikunle Amosun, while former President, Chief Olusegun Obasanjo will be the Father of the Day.

What is certain is that its going to be a 2-location birthday celebration that will hold at Idogo and Abeokuta on 2 different dates. Other birthday activities are also being packaged by some friends and associates which will be held in Lagos but the dates are yet to be disclosed.

The Planning Committee for the Birthday Reception and Music Foundation has been meeting. They include Barrister Taiwo Adeoluwa the SSG of Ogun State, Senator Dr. Lanre Tejuoso, Shina Obey-Fabiyi and Rev. Folarin Obey Fabiyi to mention a few members.

No doubt, the birthday celebration will draw a large crowd of dignitaries, elderstatesmen, great men of God captains of industry, politicians, and socialites to Abeokuta, the Ogun State capital.

Already Idogo Area Progressive Union has honoured the music icon with the new title of Chief Patron, along with HRM, Oba Saheed Olubiyi, Onidogo of Idogoland. He is a prominent founding member. It is in appreciation of his immense contribution to its formation, growth and development.

According to the Planning Committee, part of the activities towards celebrating Evangelist Ebenezer Obey’s 75th will also hold in Lagos in the course of the year. There will still be a book launch on Obeys Music. And the launching of a comprehensive collection of all of Obeys major works in CD form by Femi Esho’s Evergreen Music Company.

Photos Of Dr Allwell Oji, Nigerian Medical Doctor Who Jumped Into Lagos Ocean After Receiving Call
Father Arrested For Torturing Son By Forcing Him To Kneel On Stones In Enugu Blames The Devil