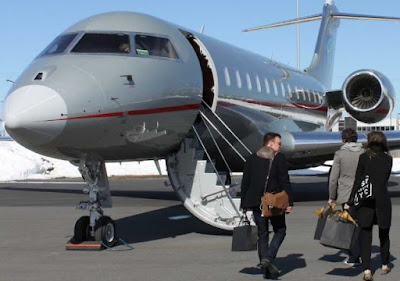 A Vista Jet Aircraft from Turkey was burgled by some suspected robbers while taxiing to the hangar of Evergreen Apple Nigeria Ltd last week.

According to FAAN, the jet with Call Sign VJT 584 was burgled late night of Tuesday the 12th of December 2017 after it arrived Lagos from Istanbul Turkey.

The captain of the jet, Emma Heering said he discovered that the rear door of the aircraft was opened while taxiing to the hangar.

A luggage belonging to an air hostess identified as Francesca Louis was stolen from the jet by the suspected robbers.

Here is what the General Manager of the Federal Airports Authority of Nigeria, Mrs Yakubu Henrietta said about the attack: