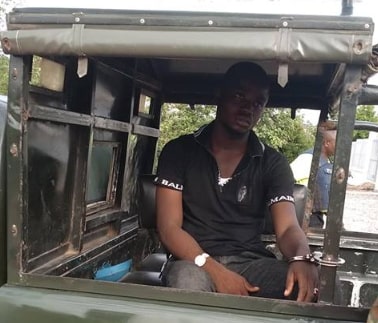 One of the suspected armed robbers who allegedly blew up the security door of a First Bank branch in Idoani, Ose LGA of Ondo state today has been arrested.

The suspect was caught by soldiers deployed to restore law and order in the place.

According to eyewitnesses, the robbers invaded the place around 2pm today and operated for 1 hour without interruption.

Some of the victims of the robbery include bankers, Police Inspector and two bank customers using the ATM. 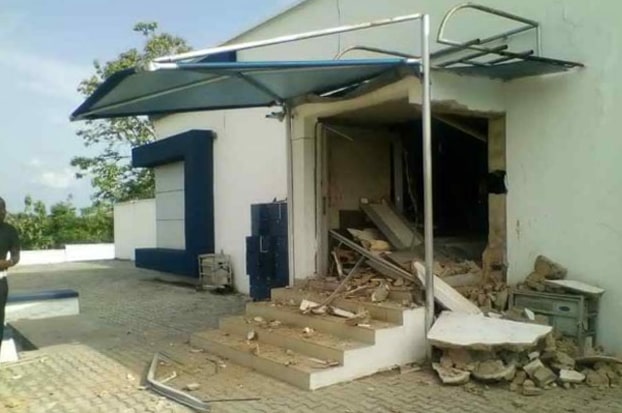 The suspects reportedly escaped with an huge amount of money before the arrival of the Army.

7 people were killed in the attack.