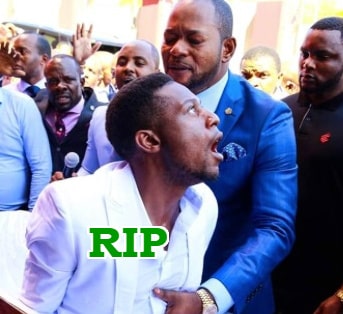 The main actor in fake South African Pastor Alph Lukau resurrection miracle that broke the net back in February has died.

His stomach swelled till the point of death.

He reportedly went to Lukau ministry for deliverance before he was hired as his cameraman.

Moyo who is survived by his wife, parents and siblings was laid to rest with no drama last week.

His people alleged that Lukau killed him on the spiritual alter to prevent him from further leaking his secrets.