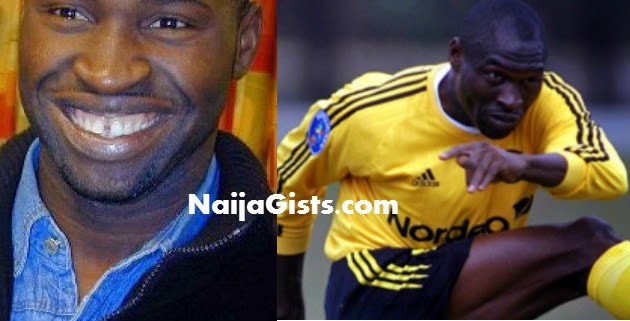 EX-SUPER EAGLES AND ENYIMBA STAR FOUND DEAD IN HIS HOME

While many were rushing into the year, some were leaving and Romanus Orjinta a former Enyimba midfielder in the hay days of Enyimba’s CAF champions league glory joined the statistics of those who left this side of the world.

The footballer turned coach was found dead in his apartment in Enugu on new year’s eve by his neighbors who had noticed his uncommon absence and silence. He was said to have complained of mild fever to his friends and family three days before the event of his death.

There was however no other information given concerning the cause of his death as at the time of this report as his family refused to speak on the matter.

The footballer was capped at full international level with a brief stint for Nigeria between 2003 and 2004 and had a brief stint in Norway playing for Lillestrom SK in 2004 before returning to Nigeria to resuscitate his fledgling. He died at the age of 33.

Until his death, he is said to have served as a coach however the team isn’t disclosed.