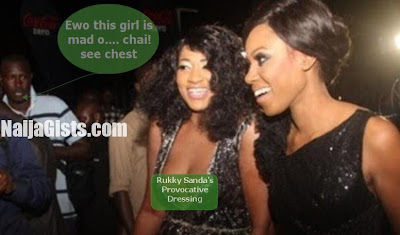 Nigerian actress Rukky Sanda brought herself a lot of shame at the recently concluded Yvonne Nelson‘s House of Gold movie premiere in Lagos.

Talk of indecent dressing, the actress went overboard with her braless v-cut dress that exposed almost all her boobies to the public.

She initially tried to cover her shame with fake laughter but as time goes on, the actress got ashamed and covered her breasts with bare hands. 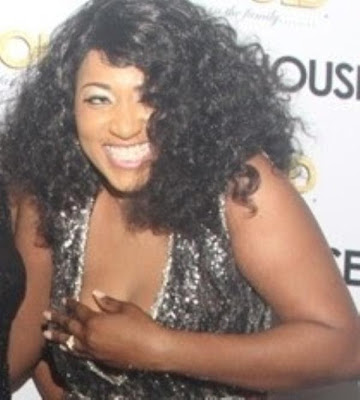 According to sources, she caused a lot of commotion among the men who couldn’t but gaze at her exposed b**bs throughout the event.

A guys was forced to tell one of the stars to please tell Rukky Sanda to go home and change to something better.

Someone was quoted asking “Who is she? is she a porn-star?”

The actress who later became uncomfortable with the way folks stare at her was said to have left the event earlier than planned.

What a show of shame!

How could a right minded and well cultured Nigerian lady dress this way to an event.

What will happen in the future if her children come across these pictures?

Can you imagine the guy in the white and black stripped shirt looking at her in amazement.

Rukky Sanda just brought shame to herself seriously this is a no no. SMH! 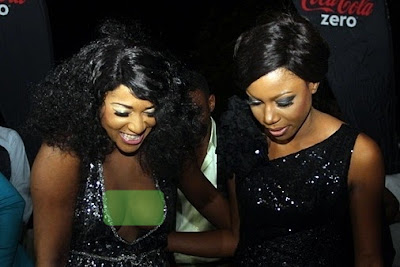