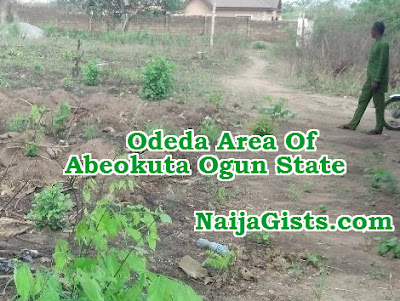 Ogun State Police command detectives have arrested a 35-year-old Sand digger, Nafiu Kelani in connection to the death of his friend.

The suspect allegedly killed his friend simply identified as Jimoh with a shovel during a fight on the 3rd of December 2015 in Odeda area of Abeokuta.

He reportedly fled to Igbogila in Yewa North LGA of the state where he was eventually arrested.

It was learnt that the suspect and his deceased friend broke into a fight following a disagreement over an undisclosed amount of money.

He was subsequently moved to the State Criminal Investigation Department (SCID), Eleweran, Abeokuta, where he was paraded last week.