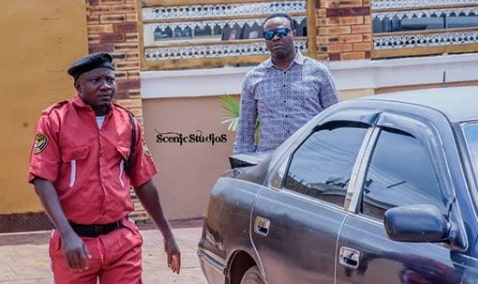 Nollywood comic star Olaniyi Afonja popularly called Sanyeri, has revealed that he is a versatile actor.

“Anybody that criticizes me for making only comic movies is actually blind— the person doesn’t know how to judge (assess) a movie.

In a particular movie, I played the role of a character who had a hunchback. It was a very hard and wicked character.

Those who watched that movie would know that I don’t just rely on comedy; I also make serious movies.”

Admitting that actors were often stereotyped in Nollywood, Sanyeri said;

“One thing about our producers and directors is that once they see that you played a particular role, they will always call you to act such parts. They don’t like to try new things. For example, it is believed that in every love movie, if a beautiful lady or a handsome guy is not featured, the message of that movie would not be passed across. They don’t try new characters.

“However, as for me, whenever I write a story, I always like to feature people I had never used before, so that there would be new faces. I remember in 2009, when I wanted to start acting comic movies, I was not popular then but Femi Adebayo was already famous. I went to him and told him I wanted him to act in a comic movie, but he rejected my idea, saying he could never do comedy. However, I managed to convince him and he eventually agreed.

After that time, we have done so many comic movies together. When I met Antar Laniyan, he also rejected the idea of acting in a comic movie. He told me he was the director of the Papa Ajasco sitcom and he did not act in any of the scenes. I convinced him too and after that, he has also been doing comedy. I always like to cast actors for roles that the audience wouldn’t expect them to play. That is why you see a lot of comedians in my films.”

The Alani Fadaka actor also dispelled rumours that he was paid several millions to feature in the series of TV commercials by the Shared Agent Network Expansion Facility, a project ‘powered by the Central Bank of Nigeria’. He stated;

“It is a good job but it is not actually for the Central Bank; it belongs to SANEF. I don’t liaise with the Central Bank directly on the project. It is just a normal job; not on a contract basis. When we are through, everyone goes their separate ways.”

Commenting on his recent movie project, the father of two said, “For my latest movie, Sobaloju, I just wanted to do something unique.

“People believe Sanyeri is all about fun, which is true, but at the same time, I always pass moral lessons. I purposely wrote this particular movie so people would know that I am serious.”