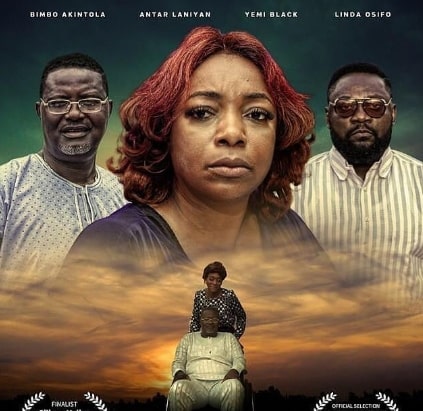 Bimbo Akintola Team Up With Antar Laniyan In Last Request

Nollywood legend Bimbo Akintola and movie director Antar Laniyan teamed up to give outstanding performance in the movie “Last Request’’.

“Last Request” is Produced by Moses Olufemi, directed by James Abinibi, and shot in Lagos State.

The movie tells a story of how a very beautiful family’s life gets tossed overnight, where a loving husband was diagnosed with a brain tumor that threatens his life.

He has a last request that sends his family into disarray.

“Last Request” has also been selected to premiere at the West African Film Festival Houston, Texas, 2020.

The movie also features Yomi Blaq, Linda Osifo, among others.