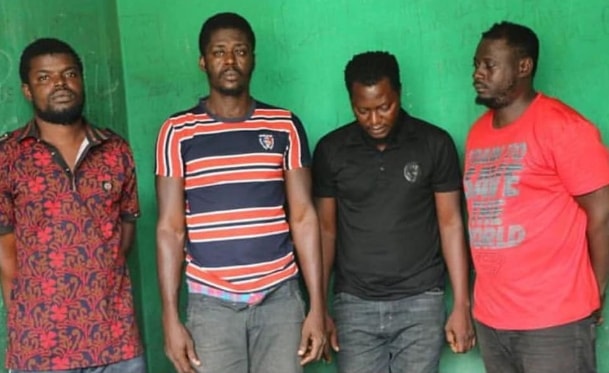 On Sunday, Lagos Police command announced the dismissal of 4 police officers attached to the Special Anti-Robbery Squad (SARS), Ikeja, over kidnapping, robbery and other crimes.

The founder of Behind Bars Initiative and Human Rights activist, Prince Harrison, who spent four years in prison for a crime he didn’t commit is one of those celebrating their dismissal.

According to Harrison, 2 of the dismissed policemen arrested him on the order of Former aide to ex Governor of Delta state, Emmanuel Uduaghan, Barrister Mary Oyibocha Agbajoh.

He was arrested and charged for conspiracy armed robbery, possession of firearms and attempted murder.

“Between 2011/2012, these criminals were among the officers that sent me to prison after the culprit couldn’t identify me. Order from Barr Mary Oyibocha Agbajoh (Former S.A to Delta State Governor Emmanuel Uduaghan). I was arrested and charged for Conspiracy Armed Robbery, Possession of Firearms and Attempt to Murder.

Daily i cried to God after i left prison. I didn’t have enough money to get Justice but God is not asleep 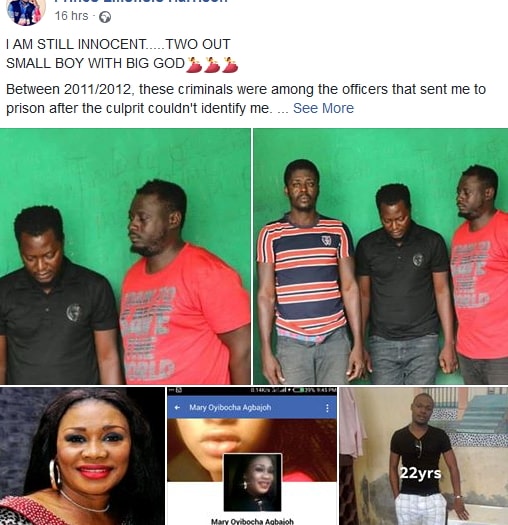 “Do not rob the poor because he is poor, or crush the afflicted at the gate; for the Lord will plead their case, and take the life of those who rob them” (Proverbs 22:22-23)..”