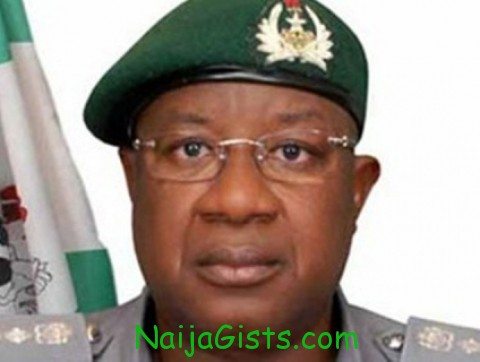 All things are possible in Nigeria once money is involved. Read the details news below

The SEC alleges that former Noble Corporation CEO Mark A. Jackson along with James J. Ruehlen, who is the current Director and Division Manager of Noble’s subsidiary in Nigeria, bribed customs officials to process false paperwork purporting to show the export and re-import of oil rigs, when in fact the rigs never moved. The scheme was designed to save Noble Corporation from losing business and incurring significant costs associated with exporting rigs from Nigeria and then re-importing them under new permits. Bribes were paid through a customs agent for Noble’s Nigerian subsidiary with Jackson and Ruehlen’s approval.

The SEC separately charged Thomas F. O’Rourke, who was a former controller and head of internal audit at Noble. The SEC alleges that O’Rourke helped approve the bribe payments and allowed the bribes to be booked improperly as legitimate operating expenses for the company. O’Rourke agreed to settle the SEC’s charges and pay a penalty.

“These executives knowingly authorized and paid foreign officials to process false documents, and they consciously concealed the scheme from Noble’s audit committee,” said Gerald Hodgkins, Associate Director in the SEC’s Division of Enforcement. “When executives bribe government officials overseas, their misconduct puts their companies in legal peril and damages the integrity of foreign markets and the reputation of U.S. companies abroad.”

Noble Corporation was charged with FCPA violations as part of a sweep of the oil services industry in late 2010. The company cooperated with investigators and agreed to pay more than $8 million to settle civil and criminal cases.

According to the SEC’s complaint against Jackson and Ruehlen filed in U.S. District Court for the Southern District of Texas, the executives who perpetrated the scheme worked at Noble Corporation and its Nigerian subsidiary Noble Drilling (Nigeria) Ltd, whose rigs operated in Nigeria on the basis of temporary import permits granted by the Nigeria Customs Service (NCS). These temporary permits allowed the rigs to be in the country for a one-year period. NCS had the discretion to grant up to three extensions lasting six months each, after which the rigs were required to be exported and re-imported under a new temporary permit or be permanently imported with the payment of sizeable duties.

The SEC alleges that Jackson and Ruehlen had a role in arranging, facilitating, approving, making, or concealing the bribe payments to induce Nigerian customs officials to grant new temporary permits illegally and favorably exercise or abuse their discretion to grant permit extensions. Together, Jackson and Ruehlen participated in paying hundreds of thousands of dollars in bribes to obtain about 11 illicit permits and 29 permit extensions. Jackson approved the bribe payments and concealed the payments from Noble’s audit committee and auditors. Ruehlen prepared false documents, sought approval for the bribes, and processed and paid the bribes.

The SEC’s investigation was conducted by Moira T. Roberts, Sharan K.S. Custer, and Colin Rand, and the litigation effort will be led by Kenneth W. Donnelly. The SEC acknowledges the assistance of the U.S. Department of Justice, Fraud Section, and the Federal Bureau of Investigation.