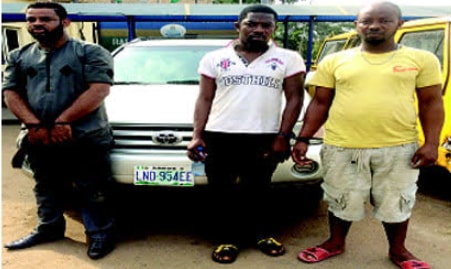 3 security guard working for an Indian woman were yesterday arraigned before an Ikeja Chief Magistrates’ Court for allegedly attempting to kidnap an Indian, Mrs Daisy Adah Vwarak, for a N20 million ransom.

Prosecuting Inspector Benson Emuerhi told Chief Magistrate Olufunke Sule-Amzat that the defendants and others at large committed the offence on May 9, at Ilupeju, Lagos.

“They called Mrs Vwarak and told her they were hired killers, they threatened her through calls and told her she would be killed if she didn’t pay the sum of N20 million.