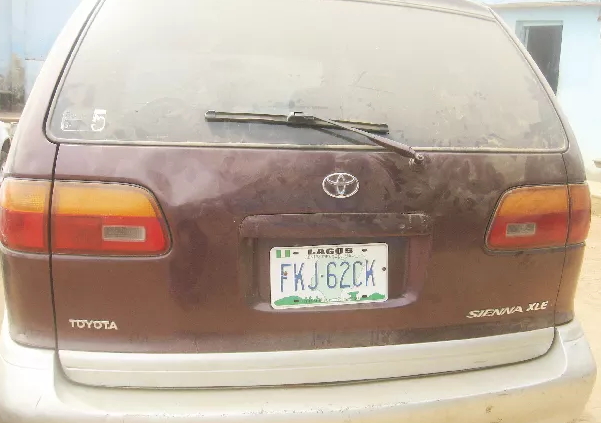 A notorious burglar has been arrested for attempting to burgle into a Sienna van inside Mainland Hotel in Oyingbo Lagos.

According to police investigations, the alleged burglar, Jamiu Anisoro mistakenly locked himself inside the above vehicle after he successfully used an iron rod sharpened and shaped into a key to burgle into the car packed inside the aforementioned hotel.

He reportedly got trapped inside the car, leading to his arrest.

When the car owner came out, he saw Anisoro inside his car and alerted the police. Although the key had opened many car boots and doors, it, however, had a clause. Once it has opened a door, the door would become faulty. The master or normal key wouldn’t be able to operate the door again.

He is currently cooling off in police detention.