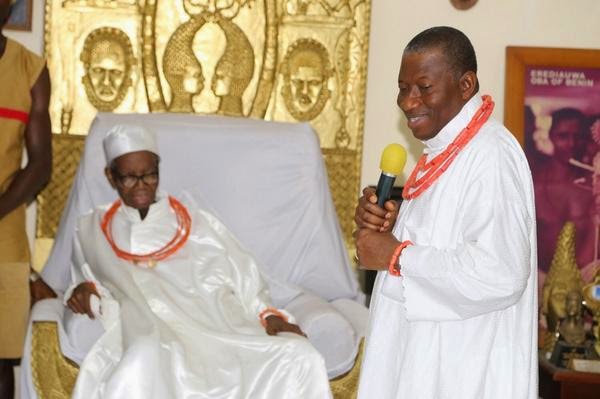 President Jonathan In Royal Attire At Benin Oba’s Palace: Why Is GEJ Desperate To Occupy Aso Rock For Another 4 Years?

Oga on top in Abuja is working tirelessly to ensure his reelection come next year.

As part of his political trick to lure unwilling Nigerians to his side, he has been visiting the elites, wealthy and royal fathers who have say in their domain.

Today Goodluck Ebele Jonathan put APC Governor of Edo state, Adams Oshiomhole to test when he invited him to a PDP rally that held at the newly commissioned, Benin Ofosu road.

But before he left for the rally, he paid a visit to Oba Erediauwa’s palace where he was given a royal attire and beads.

Scroll down for more photos of Jonathan in Benin 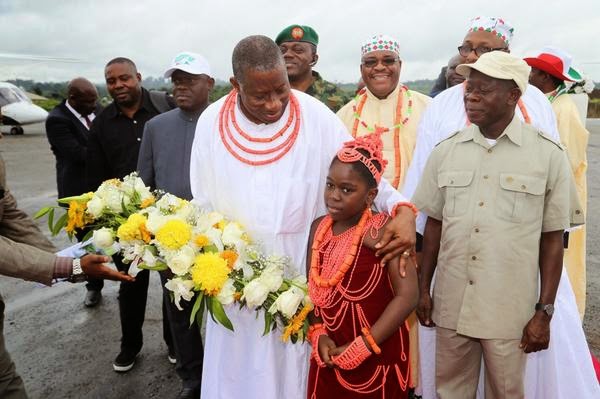 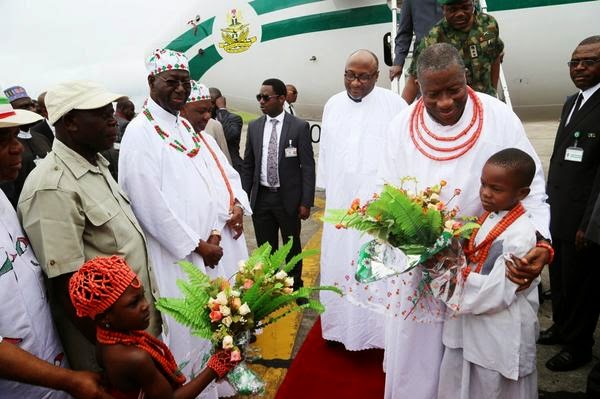 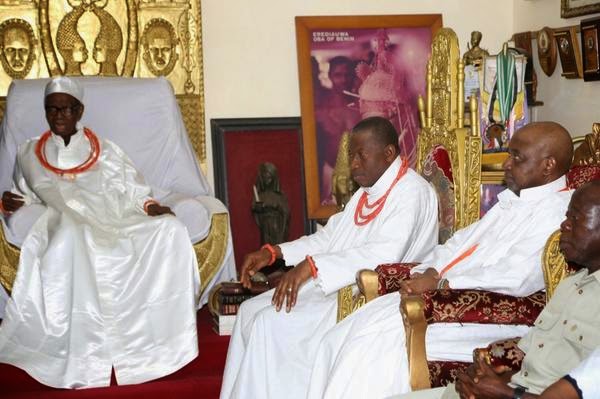 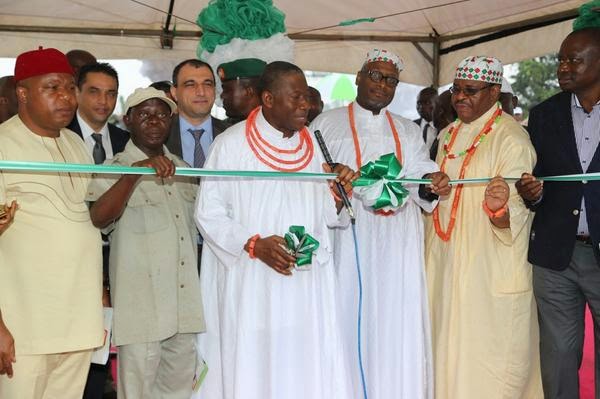 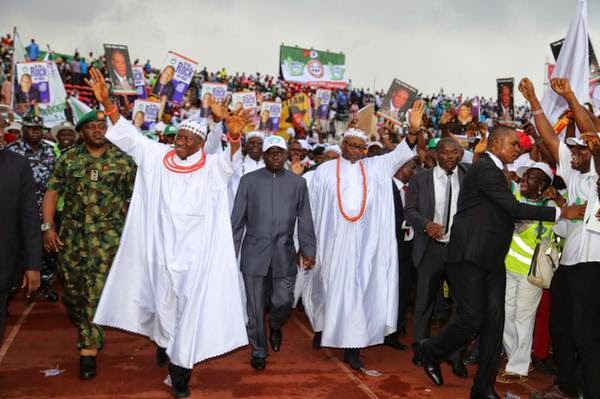 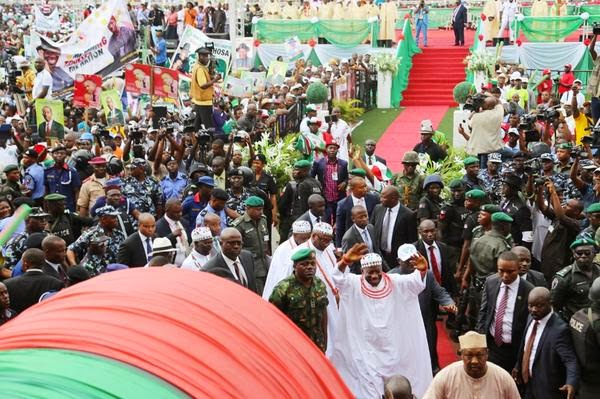 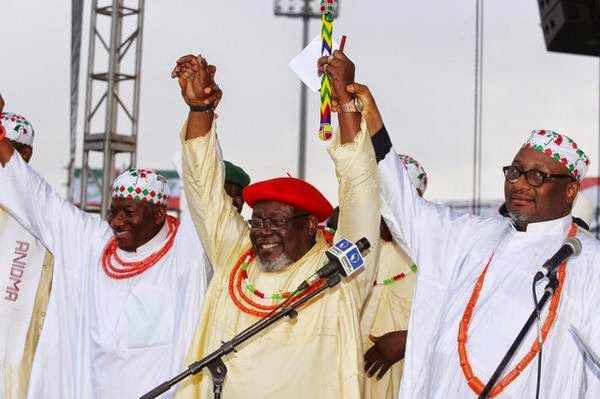 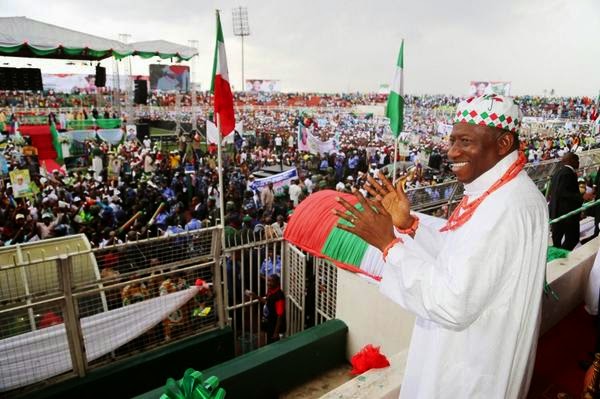 TRUTH TIME: WHY IS JONATHAN DESPERATE FOR 2ND TERM

Jonathan is definitely trying hard to win the favour of Nigerians.
Nigeria it is time to decide.
Would it be wise to elect a President with the highest blood-sheds in the history of Nigeria again to office.

I personally endorsed this man during his first election but this time around, am out.

Change they say is the only constant factor, Nigeria needs change, we don’t need more blood sheds in the country.

We need peace, we need jobs for our Youths, we need infrastructure, we need transparency.

To those of you worried about being led by a Muslim president please think again.

When Nigeria was headed by a Muslim President, did we experience such bloodshed??? ?Please answer me.

Though am not a Muslim, I’m a Christian, I am in no way endorsing Jonathan.

This man lacks the know-how, he is to weak to be the Chief Commander.

He is being controlled by Boko Haram sponsors inside his administration.

I was chatting with a friend yesterday who told me that the Nigerian army is winning the war over Boko Haram because they don’t have much arms for combat.

Do you guys remember the $9.3 million ammunition money seized by South Africa recently???? Yes, my guy said a top military source told him if they had succeeded in buying the weapon, most of it would have landed in Boko Haram’s hand.

Nigerians, it is time to think, we have permitted this nonsen** for so long, it is time for change.

We need a tough and no-nonsense men like Gowon and Obasanjo. We have no time for on-the-job training.

Jonathan fans, curse me if you like, the truth must be told.