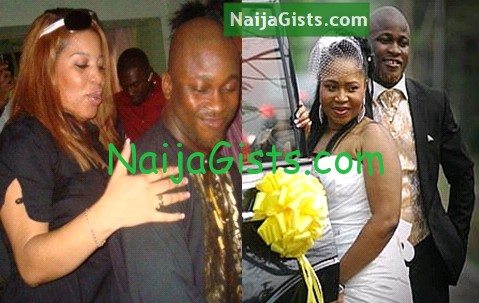 US-based Yemi met Dejo Richards while vacationing in Nigeria and within 24 months, the couple tied the knot.

According to sources close to Yemi, the couple who got married in June of last year have parted ways.

Lamide is set to officially dissolve their wedding so she can move on with her life.

Before Dejo moved on with Lamide, he was accused by actress Monalisa Chinda of domestic abuse which ended their marriage that produced beautiful Tamar (Mona’s only daughter).

We learnt in 2004, Dejo Richard ended his 6-month-old marriage before he tied the knot to actress Monalisa Chinda.