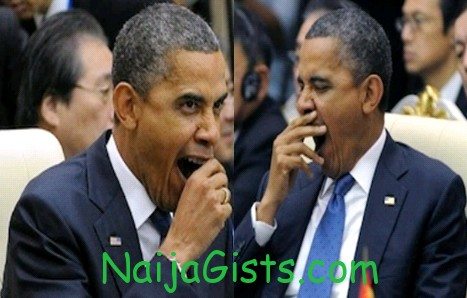 After weeks of rigorous campaign, dedicated Obama has been traveling non-stop.

In the above photo, Obama battled a condition known as Jet lag due to rapid long-distance trans-meridian travel.

Body no be wood o.