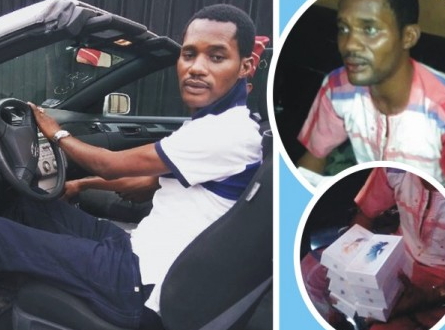 The owner of Ebony Film and ex-boyfriend of popular Nollywood actress Toyin Aimakhu, Seun Egbegbe has denied the robbery allegation hanging on his neck.

Though he was accused of stealing 9 iPhones at a shop in Ikeja Lagos yesterday, the controversial filmmaker however denied the allegations during police investigation.

Contrary to the Sales boy allegation, Egbegbe said he only stepped into his car to bring the balance when the sales boy raised false alarm.

Here is what a police source said:

She added that the case is still under investigation.

Our source revealed that Egbegbe was released after spending close to 7 hours in police detention.

He is now trying to cover up the arrest story by claiming he was not the same Seun Egbegbe that was arrested with 9 iPhones at Computer village in Ikeja Lagos yesterday. 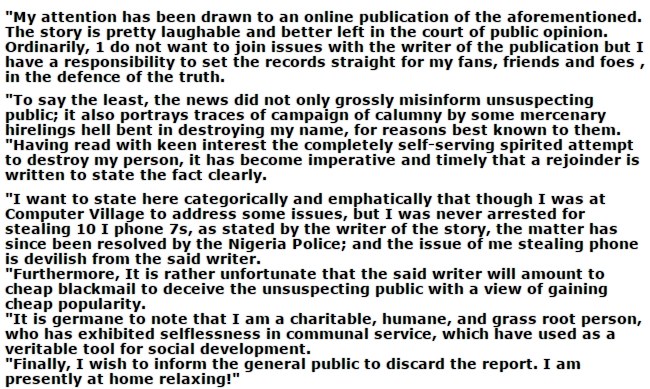 How can he say he wasn’t arrested when the viral photos and eyewitnesses confirmed the report. 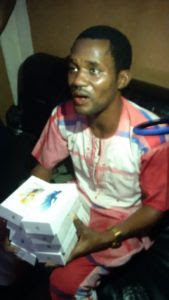 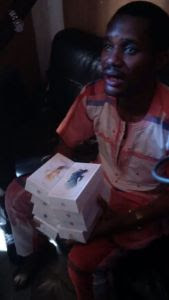 May be the guy pictured above is his twin brother **wink**