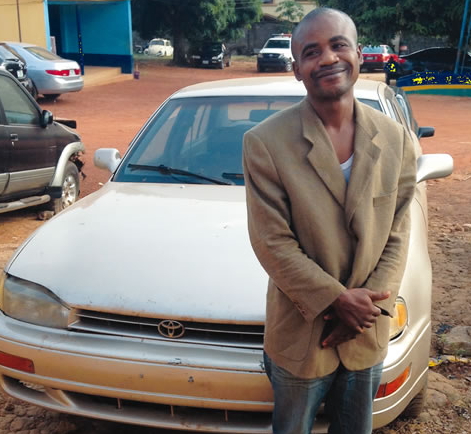 A notorious car thief, who uses a device he called ‘Try Your Luck Key’ to steal vehicles from where they are parked, has landed in police net in Enugu.

We learnt that the police in Enugu had been on Isaiah’s trail since August, when he stole a Toyota Camry, with registration number BJ 697 UWN.

It was gathered that Isaiah stole the vehicle from where it was parked at Otigba junction in Enugu.

Isaiah was said to have committed the crime on the same day he arrived Enugu from Abuja.

The spokesman, Enugu State Police Command, Mr. Ebere Amaraizu, who confirmed the development, said Isaiah stole the vehicle shortly after the commercial transit bus which brought him to Enugu dropped him at Otigba junction in the early hours.

Amaraizu added that the suspect had changed the colour and registration number of the stolen vehicle before he was arrested in Nasarawa State.

Isaiah’s arrest was made possible by intelligence information from the New Haven Division of the Enugu State Police Command, according to Amaraizu.

The police spokesman said, “The suspect specialised in stealing cars from where they are parked, using a key he referred to as Try Your Luck Key.

“In August, he stole a Toyota Camry, 1996 model, from where it was parked at Otigba junction in Enugu, with the key.

“He stole the car shortly after he disembarked from the commercial transit bus that brought him to Enugu from Abuja.”

Isaiah, who is currently in police custody in Enugu, is assisting in the ongoing investigations into his nefarious activities, according to Amaraizu.

The police spokesman added that the suspect would be arraigned soon.