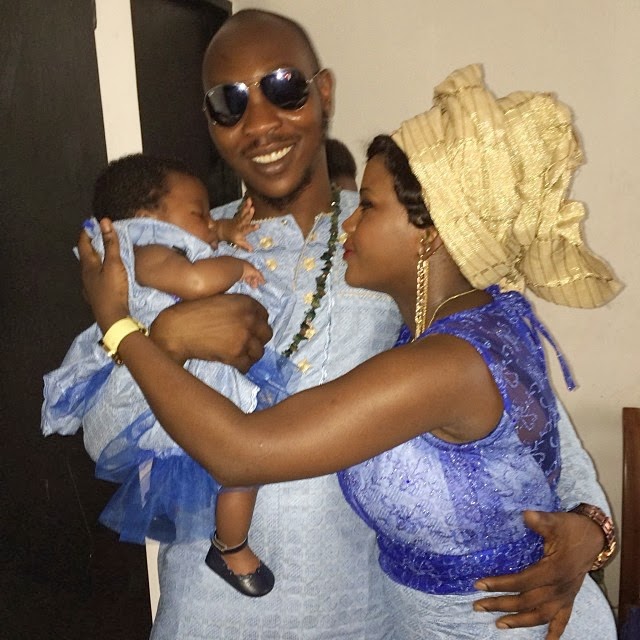 The youngest son of legendary Femi Anikulapo Kuti, Seun has spoken up on why he is not going to marry his baby mama.

In a new FB post, Seun said he has no faith in the institution of marriage. He also said those who believe in marriage are destroying the mentality of their children. 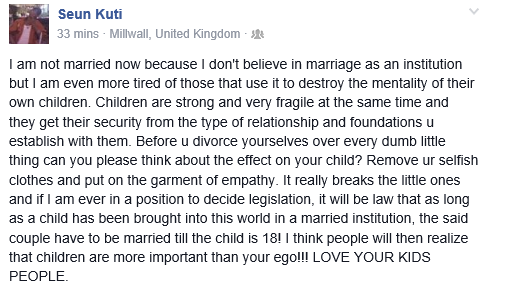 The fact that you don’t believe in something doesn’t make it a wrong idea… U agree?