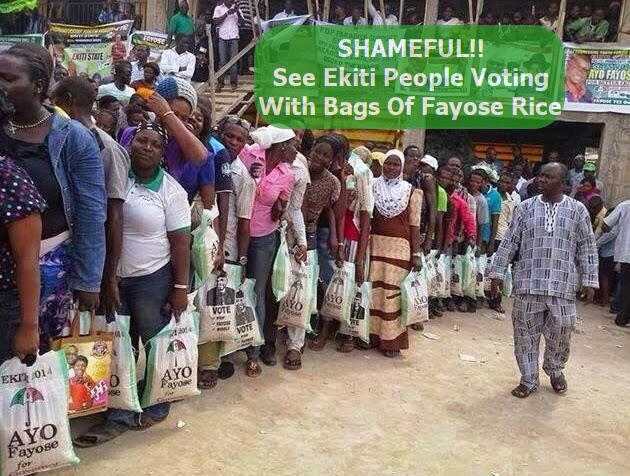 ONE of the most bizarre stories in the Bible is that of Esau and Jacob, the two sons of Isaac. Rebecca, their mother, was delivered of them the same day with Esau as the elder brother. Esau became the favourite of Isaac, their father, because he was a hunter and Isaac was a lover of bush meat. Jacob, on the other hand, was Rebecca’s favourite because he was always at home to keep her company.

One day, Esau returned from the hunting field and was famished. As fate would have it, he entered the house and found Jacob, his younger brother, preparing pottage. Esau begged Jacob for some pottage and Jacob said he would only oblige him on the condition that he (Esau) conceded his birthright to him. Esau thought nothing of a seemingly harmless demand that would see his hunger assuaged. He willingly took an oath to concede to Jacob his rights as the elder brother. That became the reason Jacob was greater than Esau in every respect.

I would not know how familiar Ekiti people were with this story before the last governorship election in the state. It might have been sheer coincidence that they reasoned like Esau when they voiced their preference for the stomach infrastructure Governor Ayodele Fayose promised them against the social infrastructure of the immediate past administration of Dr. Kayode Fayemi in the state. 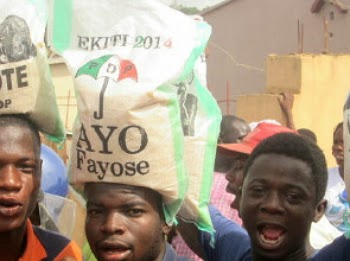 Expressed in more familiar terms, a guaranteed daily supply of amala and gbegiri soup makes far more sense than roads, schools or hospitals. Following in the tradition of the amala brand of politics espoused by the late Chief Lamidi Adedibu in Oyo State, it had seemed an unlikely path the Ekiti would toe until the People’s Democratic Party began a cynical campaign slogan that caught the fancy of many undiscerning minds and spread like Ebola.

Confronted with the reality that they might never be able to catch up with the pace of work in most APC-controlled states, the hawks in the ruling party hit on an insidious slogan that seeks to exploit the ignorance of the average voter by giving them the impression that nothing else counts but food.

So, in a state like Ogun where Governor Ibikunle Amosun has embarked on massive construction of roads, rather than admit the APC governor’s triumph in a sector where the PDP administration of Otunba Gbenga Daniel could not make an impact for eight years, the hawks ask the short but deadly question, na road we go chop? Rather than commend the novel accomplishment of the Rotimi Amaechi government in building the light rail in Rivers State, they ask the unethical question, na light rail be our problem? In Lagos, Osun, Kano, Ilorin and other APC states where schools and hospitals are being renovated or upgraded, you find the hawks asking, “We are hungry but they are constructing hospitals. 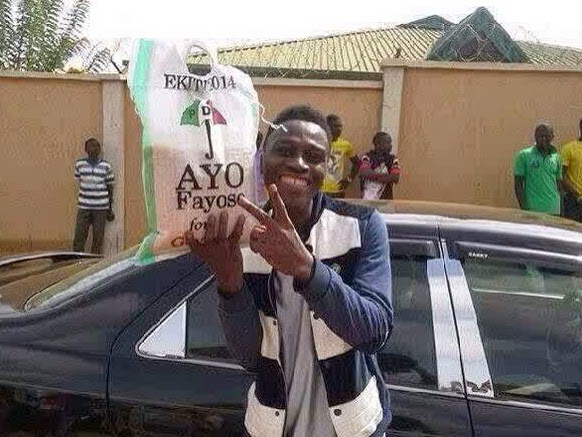 Are they praying that we fall sick?’ As would be expected, the worst victim of the negative slogan is the army of disillusioned artisans who have been pauperised by the failure of successive governments at the centre to provide the environment needed for their businesses to thrive. Denied electricity, the welders, the barbers, the tailors and others whose vocations are driven by the critical social amenity are left frustrated and disillusioned because they don’t even know where the next meal would come from.

It is a perfect setting for the mischief makers who reasoned that the only way they can play on the emotion of the hungry artisans and their dependants is to make food an issue. Unfortunately, this category of Nigerians constitutes the fulcrum of elections. But if the biblical injunction that man should not live by bread alone was lost on the people; if they have lost terms with the saying that there is no free launch even in Freetown; the one they ought not have forgotten so quickly is that Fayose was kicked out of office in his first coming principally because he squandered the state’s resources on a poultry project that was non-existent.

The natural question to ask is: If billions of naira would vanish on account of a non-existent poultry project at a time that abundant food was not on the card of the Fayose administration, what will become of the meagre resources of the state now that stomach infrastructure is its defining principle? The question is asked in the interest of well-meaning Ekiti indigenes who still believe that strategic gains of governance, like roads, schools and hospitals, weigh more in importance than bowls of pounded yam and egusi soup.

Those who voted for rice and beans would see it as a positive development, if the roads in Ado- Ekiti are abandoned until they become dilapidated and waterlogged because they would constitute alternative ponds for fishermen in a state that is not blessed with major rivers. From the verandas of their homes, they can cast their nets and catch as much fish as they desire. Unfortunately, they have wormed the state into the Yoruba lexicon of insults. A few days after the governorship election, I heard a neighbour calling his daughter alatenuje bi ara Ekiti.

It is like calling someone an FFO (for food only) or FMF (food minded fellow) like we did in secondary school, all for no fault of theirs. They acted innocently or ignorantly as the case might be. That leaves the more discerning voters in the state and, indeed, the nation with the arduous task of re-orientating the innocent or ignorant ones ahead of the 2015 elections. They must no longer allow their minds to be swayed by campaigns that are based on nothing but mischief or religion

Continue Reading
You may also like...
Related Topics:ekiti, fayose, food