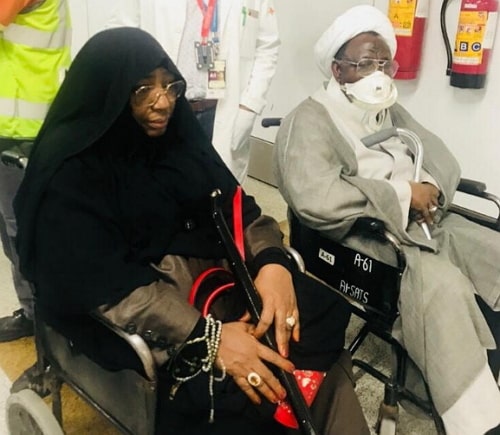 The botched medical treatment in New Delhi, India of Sheikh Ibrahim El- Zakzaky, leader of the Shi’ite group, Islamic Movement in Nigeria, IMN, was yet another indication of an ulterior motive in the group’s activities, particularly in its interaction with the federal government.

Evidently, the group’s interest is far beyond the agitated concern for the “life-threatening” health challenges and protective custody of their leader, which fuelled their daring and deadly confrontations with security forces.

These issues also aroused sentiments of unsuspecting members of the public, including some persons of goodwill who reportedly influenced the process that eventually facilitated the reprieve for supposedly urgent medical treatment abroad for the Sheikh and his wife.

The federal government earned the commendation of the majority of citizens and the outside world following the prompt announcement by the DSS of compliance with the court order allowing the Shi’a leader to travel out for medical treatment. Also, worthy of commendation is the professionalism with which the leadership of the DSS has been handling the entire El Zakzaky debacle in the interest of national security within the confines of our laws.

News of the arrival of Sheikh El Zakzaky and his wife in New Delhi was still making the rounds, when the hitherto feeble patient suddenly regained his capacity for agitation, rejecting the hospital of his choice and demanding privileges that conflicted with his status as an accused person, on medical leave in a foreign country. The shrill voice of his wife, now also reactivated, lashed out at their Nigerian security escorts. While it lasted, the urgency of attending to the serious ailments afflicting the couple was overshadowed by the disturbing diplomatic and security implications of a potential outbreak of Shi’a protests in India triggered by the unexpected turn of events at the Medanta Hospital which was already witnessing a convergence of local Shi’a groups. The Indian authorities issued a brief ultimatum beyond which it would return Sheikh Zakzaky and his wife to Nigeria if they remained recalcitrant to prevent what they interpreted as attempt to “internationalize” the Nigerian Shi’a problem.

In all this the most intriguing issue is how Sheikh Ibrahim El Zakzaky seemed to have diverted attention so vigorously from his precarious state of health at the very moment and place where the desperate efforts to “spare his life” were about to proceed. This was how the Sheikh himself described the health situation that necessitated a judicial respite and medical leave abroad in an audio message from New Delhi: “As for me, there are shrapnel, very small fragments in my eyes, in my hands and some in my right thigh that were slowly releasing toxins into my system which caused a lot of complications, which we later discovered that they were the cause of the mini-strokes I have had, both the first and the second time.”

The Sheikh’s precarious health condition is eloquently captured in his own revelation of having suffered two mini-strokes due to toxins from shrapnel embedded in his body, among others. Considering the difficult process that eventually led to approval of his medical leave, it just does not make sense for the Sheikh to contemplate any situation that could delay, talk less of aborting the imminent medical treatment. That Sheikh Ibrahim El Zakzaky has since returned to Nigeria by choice after rejecting the New Delhi hospital with a surprising shedding of the critically-ill posture he assumed earlier, smacks of “Zakywood” antics!

In the circumstance, it is necessary to explore the apparent irrational action of the Sheikh with regard to the abrupt abortion of medical treatment adjudged to be urgently required, which was the purported bone of contention both on the streets of Abuja and in the Kaduna court room. The precariousness of the health status of the Sheikh is the first casualty in any objective review of the events surrounding the aborted medical treatment. It is doubtful that the trip from Abuja to New Delhi would have been considered necessary at all, if the patient(s) had exhibited such capacity for exuberant agitation. The apparent adamant rejection of the Mendanta Hospital, New Delhi under circumstances that are more likely to rule out any urgent re-consideration of alternative foreign hospital for treatment casts additional doubts on the “life-threatening” status of the Sheikh’s ailments.

Taken together, these episodes strongly raise the possibility of the health challenge being a smokescreen for the more instrumental opportunity to exit the Nigeria and its laws and restrictions. Interestingly, Sheikh El Zakzaky reveals that “there are other countries that offered to receive us if we could go there. These countries include Malaysia, Indonesia, and Turkey” leaving out the obvious choice destination of Iran, his adopted fatherland since Nigeria’s sovereignty is not recognized by his unpatriotic and recalcitrant group. This is a typical act of omission!

However, Sheikh El Zakzaky’s Indian misadventure has also exposed his international ranking in security concerns. After duplicating ambulances and switching exits respectively at the New Delhi Airport and the Mendanta Hospital where swarms of Shi’ites began gathering to welcome the Sheikh, the Indian government was not paranoid in pre-empting the imminent conversion of New Delhi into the new base for the exiled world ambassador of Shi’ites. El Zakzaky’s insistence on checking into a five-star hotel where he could receive visitors freely was an unwitting act of commission!. 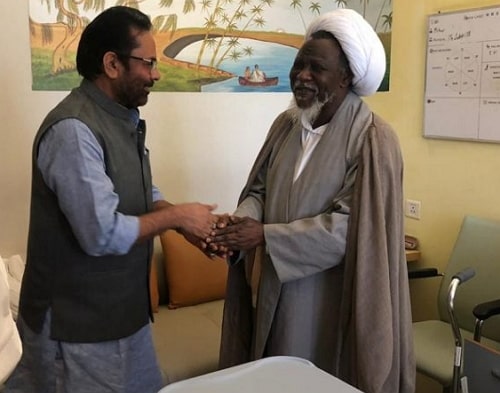 Revelations of the Sheikh’s overtures to Shi’a NGOs in New Delhi and the law firm of Ali Zia Kabir Chaudary and Gunjan Singh vindicated the Indian authorities’ expressed fear of an “internationalized” El Zakzaky Shi’a crisis, and the rapid replacement of urgent medical treatment with expedited quit notice. It was also a misadventure for the Sheikh to have strengthened the federal government’s resolve to keep him in protective custody and outlaw the IMN, by adding India to the list of potential witnesses for the Attorney General’s Office.

Sheikh Zakzaky is returning to Nigeria from India. 22:00 hours Delhi, 17:00 hours in Abuja Nigeria. Below is the clip. pic.twitter.com/7IL2SXK4od

[About the author: Tanko wrote from Mubi, Adamawa State.]

Continue Reading
You may also like...
Related Topics:india, protest, shia

The Why Generation
Nigeria And “Too Many” Problems