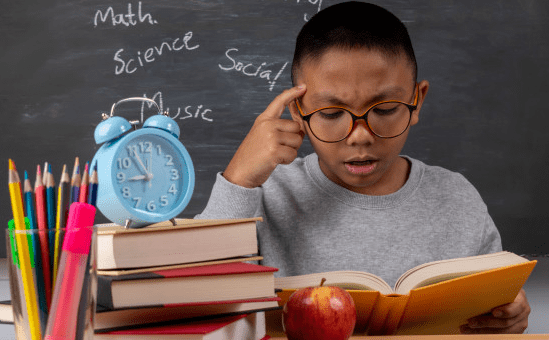 By Korede Yishua, The Nation

I was not raised in a face-me-I-face-you apartment. My siblings and I had the privilege of growing up in a flat complete with some modern amenities. But our home was still traditional. Father was a god. His words were law. When he spoke, we listened and obeyed. My mother constantly threatened us using our father’s name because she knew we would be afraid of falling on his wrong side.

As kids, we knew the sound of his Peugeot salon car’s horn. At the hearing of the sound, we became cowed. His room was a holy land. We dared not go there frivolously and we must knock to announce our presence before going in. I have tried to search my memory to see if there was ever a time my father told me he loved me. He simply showed it by paying my fees and driving me to Isaga-Orile when I was still too young to find my way to my secondary school, Ansar-Ud-Deen Grammar School.

I am a father now, thanks to Opemipo and Toluwanimi who chose to come through me. But my relationship with them is nothing like mine with my father. Things have changed. They do not see me as a god. My words are not law – when I speak, they listen but they ask questions before obeying. Even when I get angry for their audacity to query my instructions, the signs are always clear that they want answers to their questions.

For me, the kids we are having now belong to the ‘why generation’. And here lies my dilemma. Their inquisitive mind, I believe, will help our country. They will ask people in government tough questions when the time comes and they will damn the consequences. They will ask questions about our economy, which an expert observed in this newspaper on Monday would experience another recession next March.

Our leaders need to be queried. They do all kinds of nonsense. That does not mean many citizens do not also mess up. Our politicians are just a little better than the military. In a lot of sense, many of the players on the political scene are yet to be cured of the military hang-over. A sizeable number of the key players even have a garrison mentality. Ours is a democracy without democrats. Selfish interests are masqueraded as national interests. The good of one is sold as the good of all.

Politicians abandon one party to join another and defend it as if it were based on sound principles. The defections and the reasons behind them are interesting, but if you scratch beyond the surface, you will see deceit and the love of self. I take it with a pinch of the salt when I hear a politician talk about building a solid foundation for the entrenchment of democracy. These funny chaps still talk about sacrificing their interests for our nation. They get ridiculous when they speak about commitment, transparency and accountability. All most of them know is how to destroy their opponents. The end always justifies the means. They just like it the Machiavellian way.

For its 14,306 vehicles, including 3,115 motorcycles, the police require N19.9 billion to fuel them yearly, but it got only N809 million in 2016. No wonder there is never fuel in their vehicles when it matters most. “What is most worrisome is that though the budgetary allocations on paper are insufficient to meet the financial needs of the force, the actual releases are far below what is budgeted. The basic requirement to provide adequate and appropriate items of kits for police personnel annually is N14,583,671,264 as against the N1,752,500,000 earmarked in the 2017 Appropriation,” says a former police chief.

It is not done like we do abroad. A 2007-2008 report by the British House of Commons Home Affairs Committee entitled “Policing in the 21st Century” shows clearly that we are still begging the question of proper policing. The United Kingdom spent 2.5 per cent of its Gross Domestic Product (GDP) on the police in 2004 and £12.6 billion on the police in 2007/08. For the United States, it spent 2.2 per cent of its GDP on police; Spain spent 1.8 per cent, Germany 1.6 per cent and France 1.4. These translate to billions of dollars. France, in 2016, gave additional 250 million euros to the police to boost anti-terrorism fight.

Another question we must ask and not leave to the daring generation is the epileptic power supply that we currently enjoy. In 2013, the Federal Government divested 60 per cent of its stake in the electricity distribution companies (DisCos) to 11 private investors. The belief was that the decision would make things better. But as noted by our John Ofikhenua in a special report a few days back, “for political capital, the Federal Government has been reluctant to base its decision on economic parameters. Therefore, it has remained an onlooker while the DisCos and the TCN trade the blame of who is responsible for the immutable darkness in the country”. The Power Purchase Agreements the government signed with the investors requires the Nigerian Bulk Electricity Trading (NBET) to pay for unused electricity. What this means is that when the DisCos reject the load allocated them by the System Operator, the Federal Government pays for it. All kinds of money have been thrown at the electricity challenge but we have not seen any real change and companies are dying because of prohibiting diesel cost.

My final take: The generation we are raising now will not take excuses. I have no idea how far they will go to ensure Nigeria works. To whom much is given much is expected. Let the leaders and the led play our roles. Our country needs to stop being a developing nation; it is time to be developed.

Continue Reading
You may also like...
Related Topics:generation, kids, questions, why

If You Are Very Good At Something, Never Do It For Free
Potential Outbreak Of Shia Protest In India Behind Sheik Ibrahim El Zakzaky Abrupt Return Home