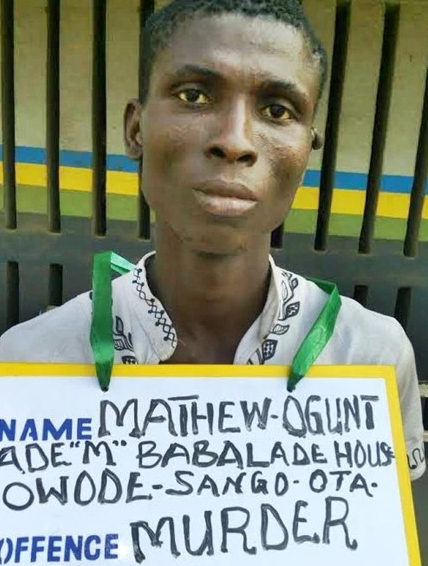 A young man identified as Mathew Oguntade has been arrested for allegedly killing his wife, 20-year-old Mary Oguntade during a fight.

According to Police investigation, the suspect reportedly strangled his wife on Friday the 13th of January 2017 during a minor disagreement at about midnight.

He reportedly threw her corpse out of the window before fleeing the community. 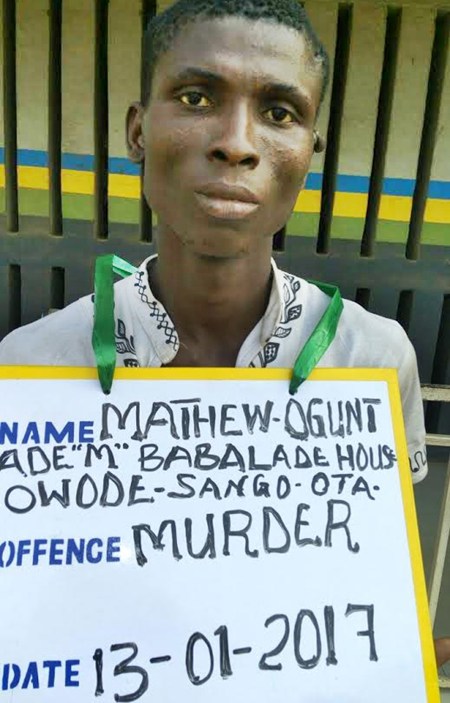 He was arrested hours after police detectives took his wife’s corpse to Ifo General Hospital’s mortuary.

The 26-year-old suspect has been transferred to the Homicide Section of the State Criminal Investigation and Intelligence Department in Eleweran, Abeokuta for further investigation.