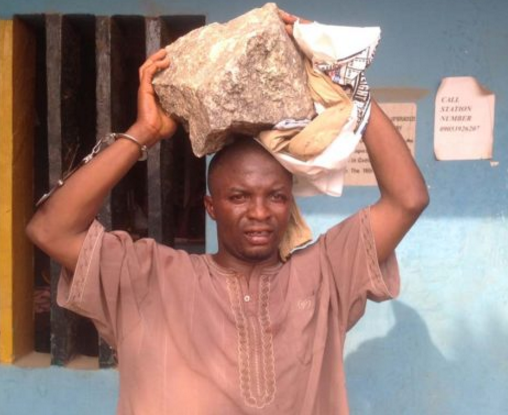 He is currently in deep trouble for allegedly using a 15-year-old boy named Simon Kanu to lure a 3-year-old child, Chigozie Okereke to a secluded area in the Isheri Oshun in Ejigbo Lagos before killing him.

The incident which happened on Tuesday sent shivers down the spines of residents.

On how the deceased child got missing, his distraught mother, Mrs Chinasa Okereke said:

However during police investigation, Simon Kanu said Alfa Kazi gave him N500 to lure the missing child to him before taking him to an abandoned building in the area where he used heavy stone to murder him.

Here is the confession of the primary school pupil;

While Kanu was confessing, the Islamic cleric soon interrupted claiming he’s not a ritualist but a cult member. He said:

This is what the DPO in charge of the case said while pacifying the crowd seeking to execute the Alfa.

He is currently detained at Isheri oshun divisional police station.