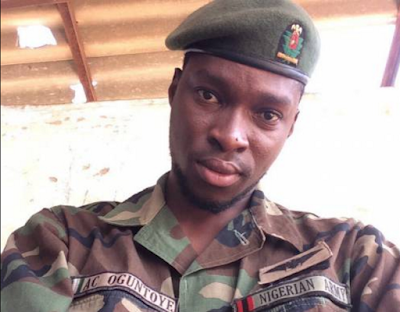 The identity of the latest victim of Boko Haram has been revealed.

Army Lt. A. C Oguntoye and his colleagues were returning from a shooting range competition in Monguno area of Borno state  yesterday when they were ambushed by some terrorists attacking the town of Magumeri.

He is currently receiving treatment at a military hospital in the state.