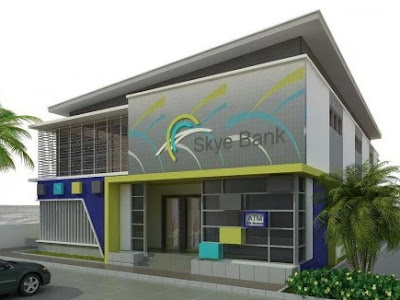 Grace Chinedum, a 37-year-old teller at Skye Bank is currently facing trial at a Yaba Chief Magistrates’ Court in Lagos for allegedly putting her fingers in the till and carting away N49.3 million,.

Chinedum, standing trial on a three-count charge of conspiracy, manipulation of customer’s account and stealing, has entered a plea of `not guilty’.

But the prosecution said the accused committed the offences between June 2015 and July 20 at Skye Bank, Adeola Odeku Branch on Victoria Island, Lagos.

The accused, a bank clerk, conspired with others still at large to steal 236,500 dollars and 20, 800 pounds (N49.3 million) from a customer’s account, according to the prosecutor, Insp. Roman Unuigbe.
Unuigbe told the court how the accused stole from the customer’s account and later sent a mail to her reporting how much she had transferred from the account.

“She also voluntarily handed herself over to the police.’’

Chinedum’s offences contravened Sections 285, 363 (1) and 409 of the Criminal Law of Lagos, 2011.
In his ruling, the Chief Magistrate, Mr P.A. Ojo, granted her bail in the sum of N1 million with two sureties in like sum.

He directed that one of the sureties must be a landed property owner in Lagos and adjourned the case to Nov. 28 for trial.