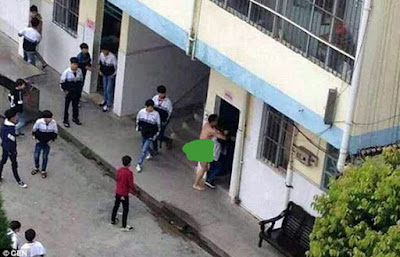 Highly disturbing photos of a mentally unstable teacher in China who lost control and grabbed a female student on campus has went viral. 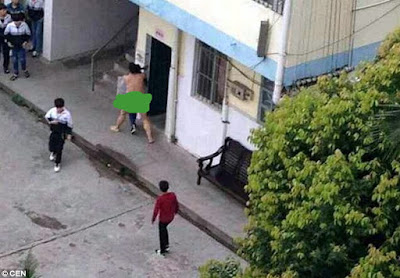 The incident happened around noon on Monday at Taiping High School in Lingshan County. 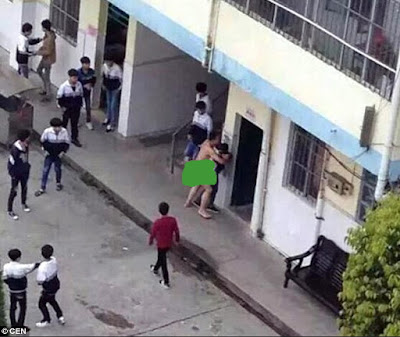 This is how People’s Daily Online is reporting it.

Photos show the naked man grabbing hold of the girl from behind and pushing her against a wall in broad daylight. Teachers immediately intervened and managed to free the student from the 30-year-old male teacher, surnamed Huo. The victim reportedly suffered no injuries.

The Publicity Department of Lingshan County released a statement today confirming the incident.
It said Huo has a suspected mental illness and works in the laboratories of the school.

The statement said the teacher had received treatment in 2011 for psycotic episodes, however after two years he was declared fit to return to work.

The school chose to base Huo in the laboratory and said he would not be allowed to teach classes. For the past five years he has performed well in his role.

After the incident, faculty immediately called the police and informed the man’s family who took him to the hospital for treatment.