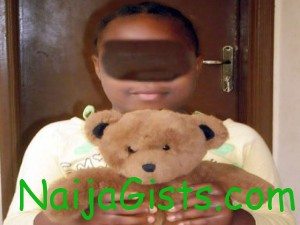 According to reports from reliable sources, a woman recently caught her husband having a carnal knowledge of his daughter.

The 45-year-old woman caught her husband having sex with their only daughter of 15 years. The man, 51, resides with his wife and their daughter at Ayobo, Ipaja, Lagos, southwest Nigeria.

The source revealed that the girl’s mother who is a trader at Oshodi, on the fateful day, went to Festac Town but had to return home because she was not feeling well. According to the source, the woman, on getting home, met her husband and their daughter on their matrimonial bed having sex and the man sucking her breasts.

The woman was said to have raised an alarm which attracted neighbours and passersby.

Speaking with Crimewatch the woman said:

“Must I be monitoring my daughter or be afraid when my daughter is with her father? One of our tenants once told me that the closeness of my husband and our daughter was suspicious. I got annoyed and told the woman that she was talking nonsense but within me I thought it is not possible until I caught them in the act. I am going to move out of this house with my daughter because it is a taboo, and in the future people will tell the story even to the person who may want to marry her”

When Crimewatch confronted the man, he pleaded that he be forgiven, claiming that it was the handiwork of the devil.

The girl wept profusely and refused to speak when Crimewatch sought to hear her side of the story.

What is this world turning into. God have mercy!