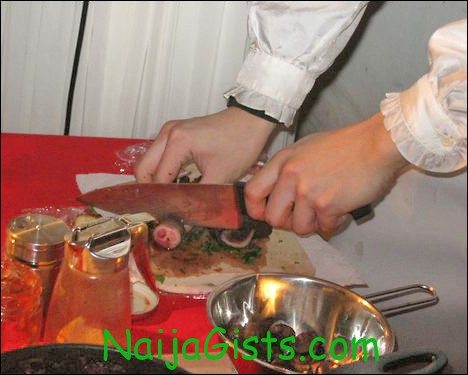 This one kind bizarre episode took place few days back is one of the most shocking news of all times.

A 22-year old Japanese man, Mao Sugiyama, who had his testicles removed  through surgery and frozen in March, 2012 had initially planned to eat his own penis.

Mao Sugiyama later changed his man and opted to cook it for others instead.

Few months later, he defrosted his penis and cooked it up in public.

He served his own genitals to customers at £160 a time.

Tokyo Police initially didn’t get involved in the incident in the beginning because they thought he didn’t commit any crime, but now that the public who heard about it are outraged the police have gotten involved.

According to sources, the man shared the idea of cooking his own private part and serving it to others on twitter.

We learnt five people his offer.

What a crazy idea.