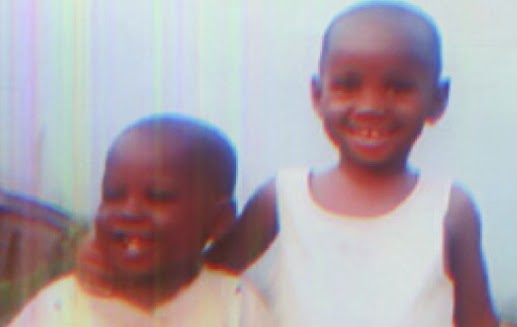 Just like the parents of the Chibok schoolgirls abducted more than 100 days ago, the parents of two toddlers have been in misery and agony since June 30, 2014, when the children failed to return from school.

The two little children, three-year-old Chisom Nweke and her sibling, Somtochukwu who is 18 months, have not been seen for almost 35 days. Until they were declared missing, the toddlers were pupils of Master’s Vessel Academy, a private school in Obeozalla Nkanu West Local Government Area, Enugu State. Heart-rending tale about the missing kids began when the proprietress of the school, Mrs Dorothy Okafor, had to undertake an assignment outside the school and handed over to her deputy, 35-year-old Uchechukwu Onah, to take charge of the school. No not long after Okafor left, Onah allegedly dismissed the pupils at noon instead of the normal 4.00pm closing time of school.

Hell broke loose when the father of the children came at the usual time to pick them up and discovered to her horror that the toddlers could not be found.

The Enugu State Commissioner of Police, Mr. Mohammed Adamu told Sunday Sun that the mother of the children then alerted the proprietress of the school, who immediately summoned all the teachers to gather, but Onah herself could not be found. A report was made to the State Criminal Investigation Department and Anti-Human Trafficking Unit of the Enugu State Police Command.

Explaining what followed, Adamu said: “We arrested all the teachers of the school and took them to the State Criminal Investigation Department, Enugu, where we screened them. They were all released later. When we called Onah she told us that she was sick and we started looking for her until July 3, 2014 when policemen in Agbani, Nkanu West LGA arrested her.”

Telling her own side of the story, the proprietress of the school, Okafor said: “I was shocked when I heard that two pupils of the same parents in my school were missing. I was away from the school on assignment. Before leaving I handed over the school to my deputy. Immediately I left she dismissed the pupils around 12.00pm instead of 4.00pm. So when I heard that two pupils were missing, I had to call all the teachers. When they came, I didn’t see Mrs Onah. Policemen from the State CID came and arrested all the teachers, took them away screened everybody and later released them. But I couldn’t find Onah and I was worried. We started looking for her. She called me and said she was sick. She said she couldn’t come out and see me. Four days after the children were missing she still refused to come out. So policemen in Agbani, Nkanu West went and arrested her.”

As would be expected, the father of the missing children is distraught and agonizing over the whereabouts of the toddlers. He said: “These are the only two children I have. We always go to the school to pick them around 4.00pm. But on that day we came we learnt that the school had closed around 12.00 pm. I was worried and we started looking for my two children. The teachers that were present in the school also assisted us but we were unable to locate my children.”

While acknowledging that she was on duty on the fateful day, the prime suspect in the case, Onah, said she stayed back in the school after all the pupils were dismissed to go home.

Her words: “When everybody left I didn’t go home and I later heard that a certain parent didn’t see his children. The daughter of the school proprietress told me that one of the primary pupils took them home. When they called me I told the proprietress that I was sick. I was at home when the police came and arrested me.”

The big question that the Enugu State Police Command is trying to provide an answer to is simply this: where are the Chisom and Somtochukwu? To help them give an answer that will take away the pain of the parents and restore their joy, Adamu has implored members of the public to come forward with any useful information that can lead to recovery of the children. Meanwhile, the Nweke family is pining away in deep agony.